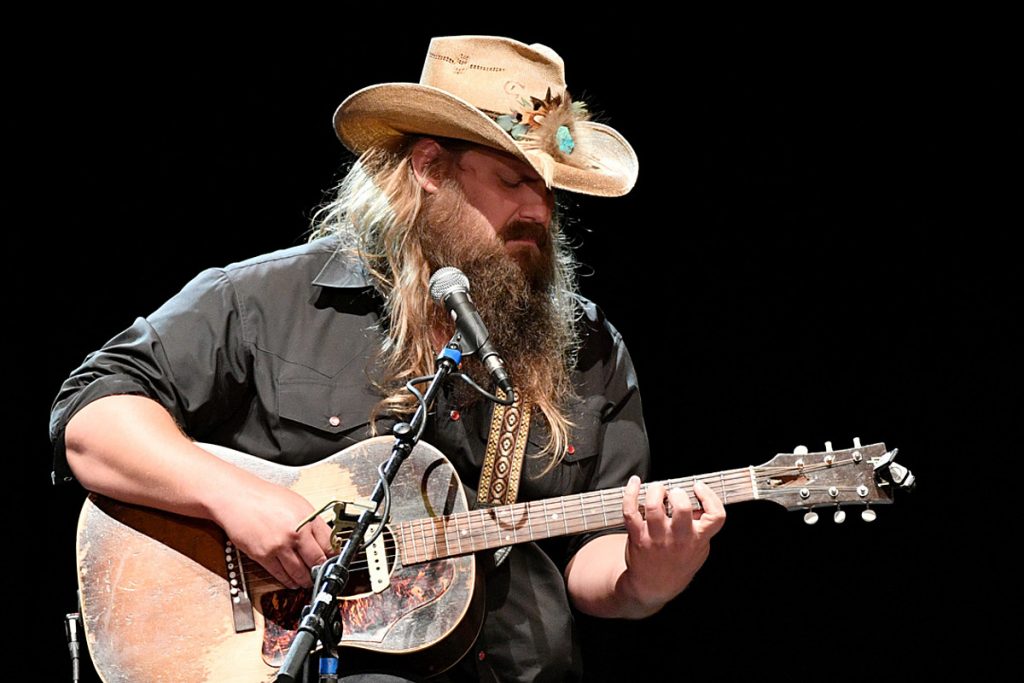 
Chris Stapleton‘s new song “Cold” is full of strings and sadness. Both swell as he questions, “Why you got to be so cold?” in each chorus.

“Why you got to go and cut me like a knife / And put our love on ice?” Stapleton sings. “Oh, girl you know you left this hole / Right here in the middle of my soul / Oh, why you got to be so cold?”

“Cold” comes from Starting Over, Stapleton’s fourth studio album, which is due out on Nov. 13. He’s already released the project’s title track as its first single.

Eleven brand-new tracks and three covers — of John Fogerty’s “Joy of My Life” and Guy Clark’s “Old Friends” and “Worry B Gone” — compose Stapleton’s new release. Tom Petty & the Heartbreakers’ Mike Campbell and Benmont Tench play on a few of the album’s tracks, while Campbell also co-wrote two of its songs with Stapleton.

In addition to Campbell and Tench, Stapleton enlisted his touring band — bassist JT Cure, drummer Derek Mixon and Stapleton’s wife and backup singer Morgane Stapleton — along with legendary pedal steel player Paul Franklin for Starting Over. Producer Dave Cobb, with whom Stapleton has worked since the start of his artist career, is back in the producer’s chair, and plays acoustic guitar on the album. “Watch You Burn,” which Stapleton wrote about the 2017 Route 91 Harvest Festival shooting, also features the All Voices Choir.

Check Out the Best Songs of the 2010s, Including Several from Chris Stapleton: