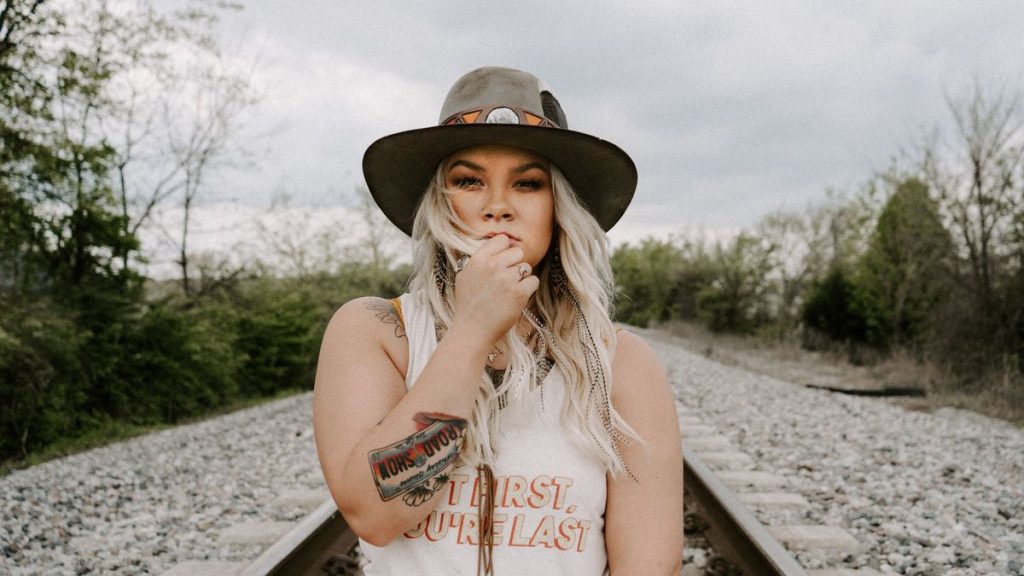 It’s been nearly five years since the world learned Ashland Craft’s name on NBC’s “The Voice.” The South Carolina native auditioned for the hit competition show three times, until genre-bending artist Miley Cyrus took a chance on her. With the “Wrecking Ball” star in her corner, the dream-chaser made it to the Top 10. Although Craft did not score the champion title, she gained something so much more – confidence.

Since walking off that stage, Craft never lost sight of her primary goal and now she’s one of Nashville’s most promising new artists. Craft’s traditional country sound intertwined with her accelerating rock flair, makes Craft a must-see act in the honky tonk town.

“It brought me so many amazing things. I can’t help to be so grateful for that experience,” she said while reflecting on her start story. “It gave me a lot of confidence. I think the whole experience made me a better person and musician. I think it was the push I needed to be in Nashville because I definitely wasn’t planning on moving. I didn’t really think the opportunity or the possibility was there for me. Once I did ’The Voice,’ the board started opening.”

Upon arrival, the former CMT Next Women of Country member inked a deal with Big Loud Records and released “Travelin’ Kind,” a refreshing tracklist that pushes the boundaries of country music in a never-before-seen way. To date, Craft shared her powerhouse pipes alongside country sensation Luke Combs, Zac Brown Band, and Brothers Osborne. The breakout star recently wrapped her time on Ashley McBryde’s This Town Talks Tour and said it was an opportunity she would never forget.

“I loved being out with Ashley and her whole crew. Going on a tour with her was a completely different ballgame in the best way,” Craft told CMT. “In my opinion, true musicians put on a bada** live show. We felt like we belonged, and it was a perfect tour,”

She continued to praise McBryde’s artistry and character.

“I think she’s always tried to stay true to herself, which is inspiring for me as well,” the songstress explained. “We all know this industry is a little crazy at times. It pulls you in one way or the other, but she is just so grounded and rooted in who she is as a person and in her music. It is always refreshing and inspiring for me to see people that are just genuinely passionate about what they do, just like me,” she stressed.

The “Highway Like Me” singer said McBryde is just one of the chart-topping musicians on her dream collaboration list. While trying to wrap her head around the buck list moment, she began rattling off other names like Texas titan Cody Johnson, Chris Stapleton, and fast-rising star Morgan Wade.

“I am so inspired by Cody Johnson. I felt like I was listening to his music before he snuck into the bigger music scene. I got the chance to visit Texas for a little bit, and I heard them kind of wearing his music out,” she recalled. “I was like, ’who is this guy?’ He’s amazing. He’s country. I’m just excited to meet him and watch their live show. I feel like they know what they’re doing. They’re also another one of those crews that stays true to who they are.”

While scrolling through Twitter, Craft stumbled upon a tweet from a fan asking if she could team up with Wade. Craft told CMT that the social media post placed her creative wheels in motion, and was instantly was inspired.

“That would be a freaking dream come true,” she gushed. “Twitter is so funny to me. It’s so cool because I feel like the fans are much more connected and more vocal about what they want. I remember seeing that tweet, and I was like, ’this would actually be an awesome collaboration.’ So, it is definitely my goal to ask about that and see if she would be interested.”

Before revealing projects in the pipeline, she clarified why Stapleton scored the top spot on her long-running list.

“As far as dream collaboration, I swear I have a whole list,” she laughed. “But Chris Stapleton has always been one for me since I’ve been young and since he started coming into the forefront. I think it’s the artistry he and his wife both have – that classic country feel, but also with the blues and soul influences. I think that’s something that pulls on my heartstrings, and not to mention their voices are out of this world,” she added about the Grammy Award-winning phenomenon.

Until her visions become a reality, Craft will be jumping on tour with long-time friend Marcus King. The two are expected to hit the road together starting early September and will perform their chill-provoking single, “Highway Like Me.” While bringing her fierce force to iconic venues across the nation, she will also be honing in on her next project.

“We’re trying to work on a small body of music. My goal is to always continuously release music,” Craft shared full of excitement. “Just trying to get more music for people to listen to on top of this record. Hopefully, it will be a good like an extension of “Travelin’ Kind.” The goal is always to have some edge in there. I love traditional country music, and my heart is very much stuck in the ’90s or early 2000s country. It is intentional to make it sound older and a bit rough around the edges.”

Until fans can play Craft’s new music on repeat, they can catch her live and in action. In just July, Craft will be opening for multi-platinum performer Chris Janson, Brothers Osborne, and will appear at world-renowned festivals. Tickets are available for purchase, here.