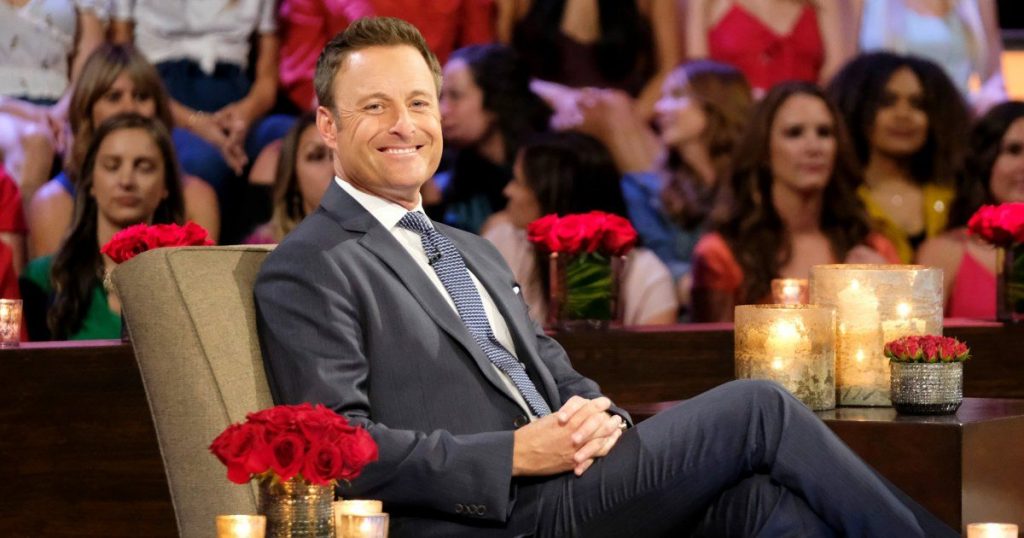 
The Bachelor franchise has changed host Chris Harrison for the better.

Harrison, 48, opened up last week at the Television Critics Association winter press tour about how much his life has changed since he began hosting the popular ABC dating franchise in 2002.

“But as I’ve gotten older and I’ve lived in my own life experiences, and obviously they’ve seen me host, and word has gotten around throughout the [Bachelor] family that I am someone to be trusted and someone to be leaned on,” he added.

RELATED: Bachelor Host Chris Harrison’s Son Josh Is All Grown Up as He Makes College Commitment

Harrison, who additionally hosts The Bachelor‘s equally successful spin-offs The Bachelorette and Bachelor in Paradise, also explained that he’s “learned a ton” — both personally and professionally — through his nearly two decades of hosting.

“I mean, honestly and obviously growing old on the show and going through what I’ve gone through personally since the show has been on, but also just watching that everybody does have this insatiable appetite for it,” he shared. “It’s the one currency that trades around the world, no matter where you are.”

The father of two, who shares son Joshua and daughter Taylor with his ex-wife Gwen, also said that he’s become a better parent because of the franchise.

“Everybody understands companionship, wants it, gets it, no matter what it looks like,” Harrison continued. “And so I think I’m a better listener. I think I’m a better dad. I am much less of a black-and-white guy. And I think maybe when you’re younger, you’re a lot more like ‘My way or the highway’ when you’re a dad or even in a relationship.” He added: “And life’s not so black and white.”

Harrison further said that he believes he is now “a better therapist, listener, interrogator.”

“And I would hope … you know, you’ll have to ask my girlfriend if I’m more understanding of a human being,” added Harrison, who is currently dating Entertainment Tonight correspondent Lauren Zima. “I think I am.”

Harrison has shared many sweet moments with his kids on social media. Last month, he announced that Joshua would be heading to Texas Christian University for college.

He also posted photos from Taylor’s father-daughter dance in February 2018 and her junior high graduation in May of that year. And to celebrate Father’s Day that same year, Harrison posted a photo of the trio sitting together on a beachfront hammock.

“It just doesn’t get any better than this. Grateful that these two made me a dad. Happy Father’s Day to all the loving dads out there,” he captioned the family pic.