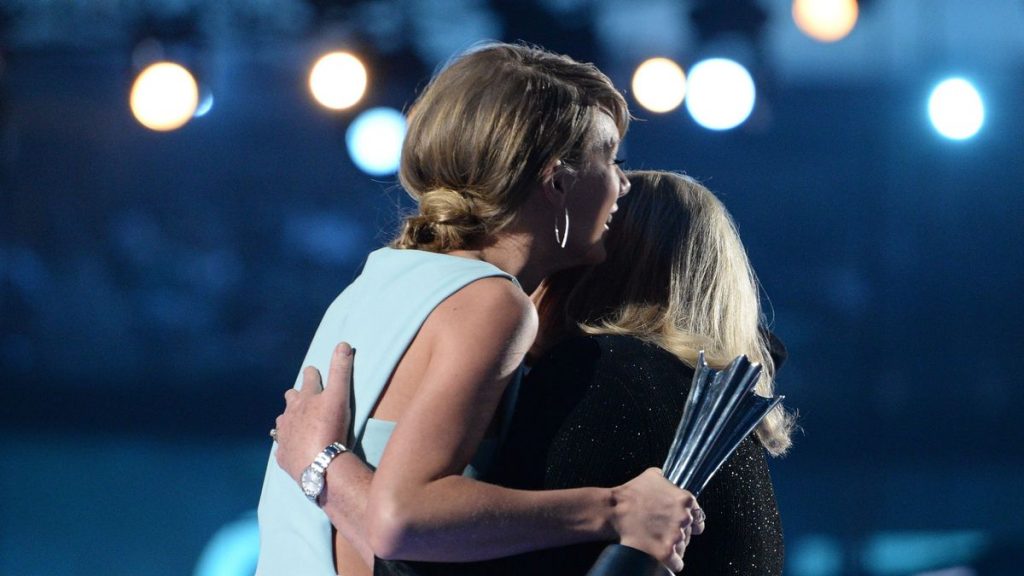 Andrea Swift has always been her daughter Taylor’s go-to. In fact, the home movies that Swift used for her “The Best Day” video back when her Fearless album was released more than 11 years ago are proof of that.

And now, Swift has revealed that her mother has a brain tumor.

In an interview with Variety, Swift explains that during her mother’s second round of chemotherapy for cancer, the tumor was discovered.

“Everyone loves their mom,” Swift acknowledged. “Everyone’s got an important mom.”

“But for me, she’s really the guiding force. Almost every decision I make, I talk to her about it first. So obviously it was a really big deal to ever speak about her illness.”

While Andrea was going through a rough round of chemo, Taylor said, it got even worse.

“While she was going through treatment, they found a brain tumor. And the symptoms of what a person goes through when they have a brain tumor is nothing like what we’ve ever been through with her cancer before.

“So it’s just been a really hard time for us as a family.”

Later in the story, Swift shared that while it has been inevitable that people (both friends and foes) think of her as a brand, she wants them to know she’s more than that. “I do think that it’s really necessary to feel like I can still communicate with people.

“And as a songwriter, it’s really important to still feel human and process things in a human way. The through line of all that is humanity, and reaching out and talking to people and having them see things that aren’t cute.”