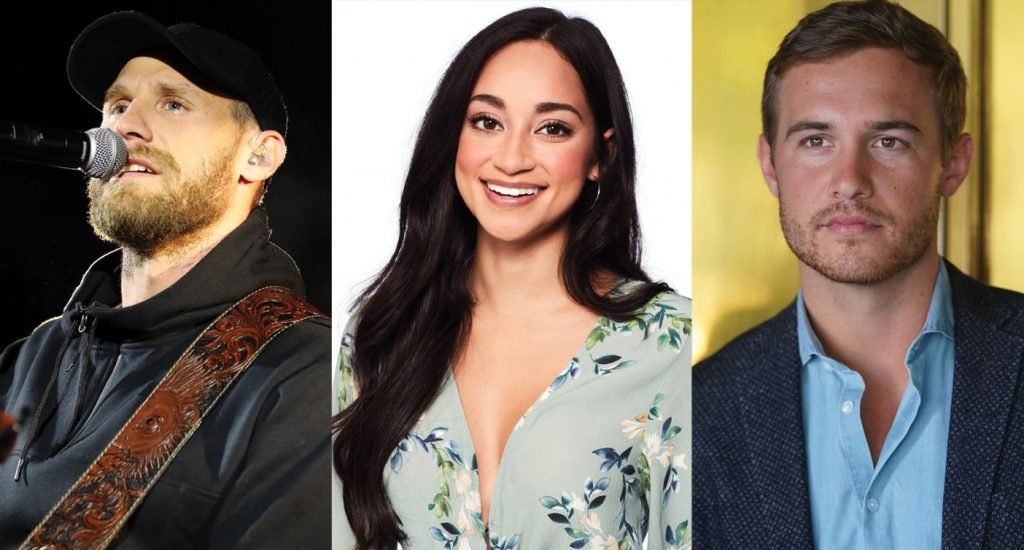 
Chase Rice does not want to give Bachelor producers any kind of rose.

The country star appeared on Monday’s episode of the ABC dating show where he ended up performing for ex Victoria Fuller (Victoria F.) on her first one-on-one date with Peter Weber. It was awkward, to say the least.

“I have a surprise for Victoria. We have our own, private Chase Rice concert,” an excited Weber said before their date. Pilot Pete clearly didn’t know about Victoria F.’s past with Rice as he looked shocked when she eventually told him they “dated.” Turns out, Rice was equally as surprised that day.

It’s pretty standard for successful one-on-one dates on both The Bachelor and The Bachelorette to end with a private concert. Usually a musician comes on the show and performs a few songs he or she wants to promote. That’s exactly what Rice thought he was doing — just not in front of a former flame.

“I was pissed. I was really pissed off to be honest,” the 34-year-old revealed on the Fitz in the Morning radio show. “I was just going there to try and promote ‘Lonely If You Are’, and ‘Eyes On You,’ and I wanted nothing to do with. If there’s anything I’ve ever wanted, it’s to have nothing to do with the drama of that show.”

As for the nature of his relationship with Victoria F., Rice said they “spent a night together in Charlotte.”

Rice continued, “The fact that they did that to me? It’s over the top, it’s unnecessary. I didn’t expect it, but at the end of the day it happened. I don’t know if it’s the producers, or if they just got lucky as hell. I know what I think, but I’ll let everybody figure out what they think.”

It’s not Rice’s first time dealing with producers — in 2010 he was a cast member on Survivor: Nicaragua — and clearly he thinks he got set up by the show. (ABC did not immediately respond to Yahoo Entertainment’s request for comment.) In a November interview, the “Ready Set Roll” singer flat out said he was played.

“I wanted to go on and promote my music… and they brought a little extracurricular activity into that,” he told The Morning Toast, affirming he finds Bachelor producers to be sneaky. “They set everybody up. I didn’t sign up for that. … I just wanted to promote my music and that’s all it should have been, and it wasn’t.”

The 34-year-old made it clear he’s not trying to win back Victoria F. “Ain’t no love triangle, I’ll tell you that,” he declared.