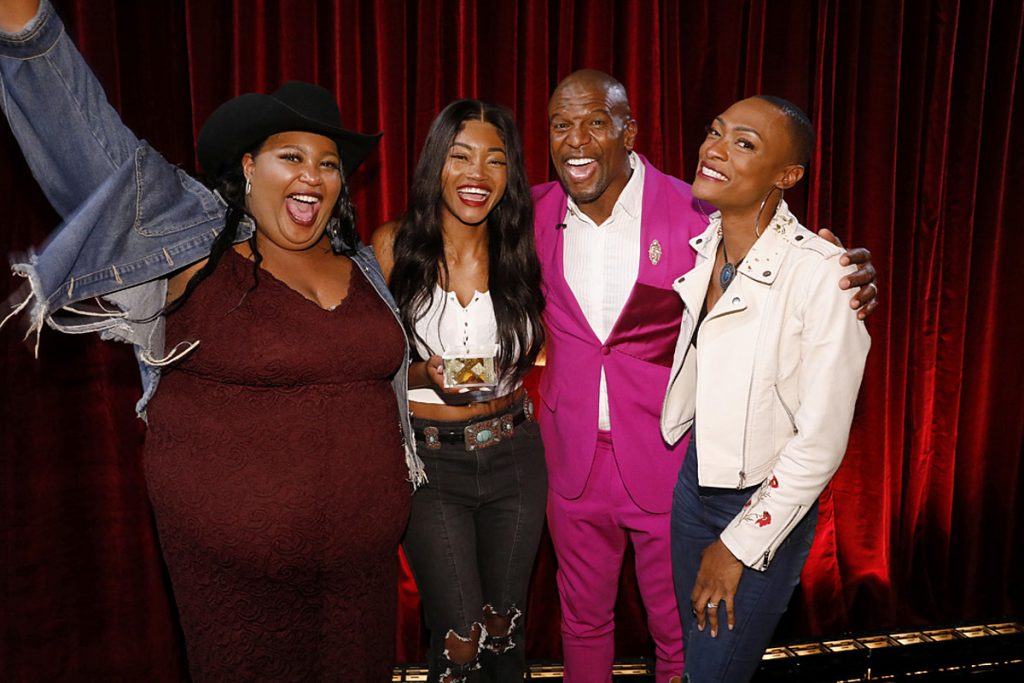 
America’s Got Talent judges continued to heap praise on Chapel Hart on Tuesday night (Aug. 16), making their ascension to the finale seem all but certain. Judges don’t decide, however, and the show made the most of making fans wait for the decision during Wednesday night’s AGT results show.

The hour-long results episode revealed two finalists chosen by fan votes. The country trio did a tremendous amount of press leading up to their most recent appearance (including an interview with Taste of Country, found below), and then slayed with a second original song, “The Girls Are Back in Town.”

An unscientific poll at MJs Big Blog showed them with more than two times as many votes as the second-favorite act. This was a done deal, right?

Yes, it was a certainty — just before the closing credits rolled, Chapel Hart were named America’s Got Talent finalists. They’ll join fellow country singer Drake Milligan, who was voted forward last week. The trio’s hearts must have been in their throats all night, however, because producers did not make it easy.

They were last to be announced as a Top 5 act, before the group was narrowed further as the show clicked along. On Twitter, fans breathed sighs of relief, or expressed outrage that another act didn’t get that far. Singer Wyn Starks’ elimination caused particular consternation.

Duo Rings, Maddie, the Brown Brothers and Yu Hojin were the other four who lived to see the end of the AGT episode. Eventually the group was trimmed to a final three (Chapel Hart, Maddie, Yu Hojin), and then two.

Chapel Hart will move on to the America’s Got Talent finale alongside magician Yu Hojin.

Chapel Hart are sisters Danica and Devynn Hart and their cousin, Trea Swindle. They’ve been performing as a group for several years and were named one of CMT’s Next Women of Country in 2021. To date they have two studio albums, and since performing on America’s Got Talent, they’ve enjoyed praise from Dolly Parton, Loretta Lynn and Tanya Tucker. That’s pretty good for a group that needed to be convinced to audition!

“We were actually scheduled to go on tour with the Indigo Girls, and one of them got sick with COVID,” Swindle tells ToC. “(AGT scout) Lindsay Rush had reached out a couple of times. Maybe more than a couple of times.”