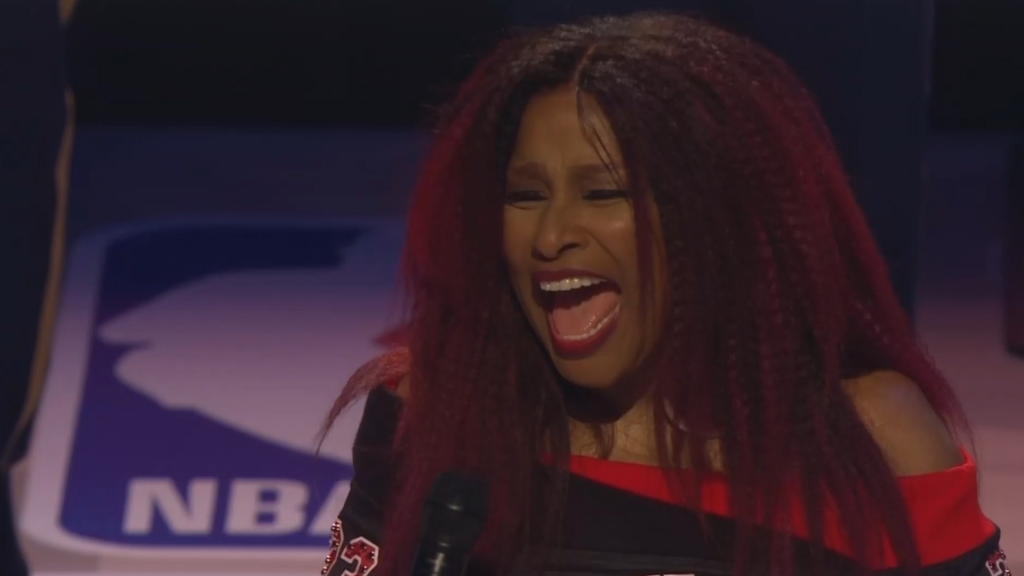 Legendary singer Chaka Khan kicked off Sunday’s NBA All-Star game with a generous serving of “The Star Spangled Banner.” The average length for the national anthem is between 105 seconds and 115 seconds, in fact Demi Lovato’s recent Super Bowl performance was 106. Chaka Khan’s rendition was 142 seconds long.

Chaka Khan took a few artistic liberties with the melody, which reminded many viewers of Fergie’s anthem performance in 2018. Fergie ended up apologizing for her performance, saying, “I’m a risk taker artistically, but clearly this rendition didn’t strike the intended tone. I love this country and honestly tried my best.”

While Chaka Khan’s performance probably does not warrant an apology, it was not well received. The vast majority of Tweets about her rendition were negative, with “national anthem,” “Chaka Khan,” and “Fergie” all in the top 10 for trending topics on Twitter.

First Fergie and now Chaka Khan. Whoever is in charge of getting singers to sing the national anthem on the NBA All-Star game needs to be fired lol. pic.twitter.com/xUcSNIrXvG

It should be noted that while the performances were similar, Chaka Khan gave the audience 7 more seconds of anthem than Fergie, who clocked in at around 135 seconds. And unfortunately it appeared as though the players weren’t prepared for the additional length because they started walking away before Chaka Khan even finished.

Watch as wacky auditions steal the show on season 18 premiere of “American Idol:”