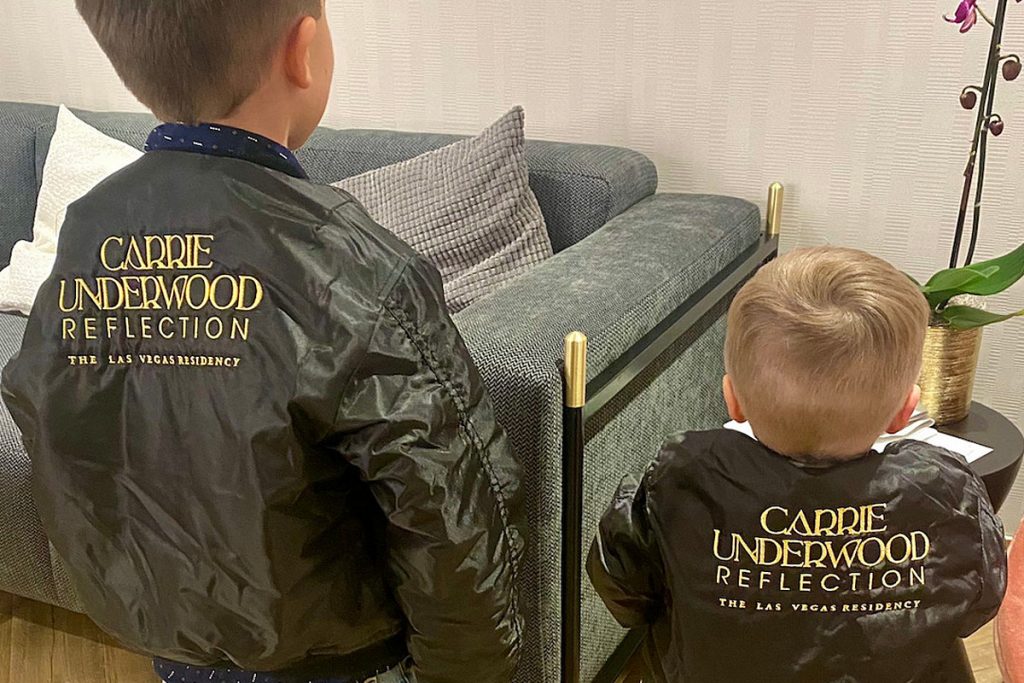 
The curtains may have gone down on Carrie Underwood‘s Reflection: The Las Vegas Residency for 2022, but the singer’s already hinting that the show’s not over just yet.

The country star performed her last scheduled date of the residency on Saturday (May 21) at Las Vegas’ Resorts World Theatre, and afterward, she posted an adorable snapshot of her two sons repping their mom’s show. In the photo, seven-year-old Isaiah and three-year-old Jacob pose in what appears to be a backstage area, wearing matching jackets that read “Carrie Underwood Reflection: The Las Vegas Residency” across the back.

So far, there are no more additional Reflection residency dates on the books for Underwood. She is, however, booked well into 2023 on her Denim & Rhinestones Tour, a trek that takes its name from her upcoming album. Jimmie Allen is joining Underwood as an opening act on those shows.

The singer’s Vegas residency kicked off in December 2021 at Resorts World Theatre, and Underwood was the first artist to perform in the brand-new, 5,000-capacity venue. She enjoyed sold-out runs in spring 2022, and the inspiration she gained from putting on the show influenced her performances outside of Vegas, too. Aerial stunt work has been a major theme during Underwood’s recent TV and awards show performances, and she said that she got the idea to learn those skills from watching the aerialists perform every night onstage during her Vegas appearances.

Details about Underwood’s 2023 return to her Las Vegas residency will be announced at a later date, according to a press release.