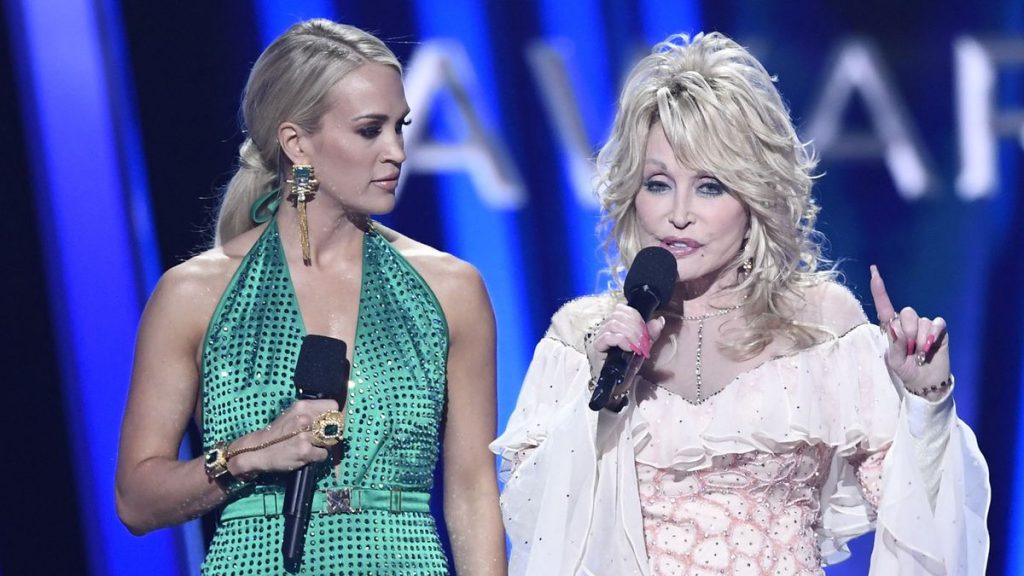 Before this unprecedented year is — God willing — over, we wanted to do a little more celebrating of songwriting legends thanks to our friends at BMI. They’ve created a virtual salute to Dolly Parton, and it features today’s artists talking extensively about all of the ways that Parton inspired them. “In honor of our awards and her book, Songteller, Dolly joins us for a personal conversation with seven of our award-winning BMI songwriters who discuss their favorite Dolly songs, her impact on the art and craft of songwriting,” they shared, “and just how much she means to them.”

We shared Luke Bryan’s thoughts on Parton, and now we are sharing Carrie Underwood’s.

But spoiler alert, there will be tears. So you might want to prepare yourself with tissues when Underwood starts talking through her tears about the legacy of Parton.

“I think her true legacy is how she has made the world better,” Underwood says. “She could’ve just been Dolly Parton and taken her money and just lived for herself. But she was given gifts by God, and she takes them, she does the work, she uses them to glorify God, and she gives back. She cares about people. That’s her legacy.”

“I feel like I had even more of a connection with her when she talks about growing up and not having a lot to do and just having to rely on her imagination,” she adds. “That was very me. I just had me and what’s in here. I wish I’d spent that time writing like Dolly did.”

Underwood says that now, there’s a pressure to have radio success and that there’s something of a formula to get you there. But Parton? That’s not the kind of success she was writing for.

“I feel like she never had a formula. Just her heart,” she says. “And people hear that and they get that. That’s really what is should be all about.

“And as far as her influencing my career: we’re all just trying to be Dolly, let’s be honest. She is somebody who has set an incredible example for us and paved such a path for us. If there was no Dolly, there would be no us.”

Underwood admits it’s almost impossible to pick her absolute favorite Dolly song, but she eventually lands on “I Will Always Love You.”

“It is so simple. It’s straight to the point. She’s not sugar coating it or trying to be too clever about anything. It’s the perfect thing to say,” she says, “and it gets right to it.”