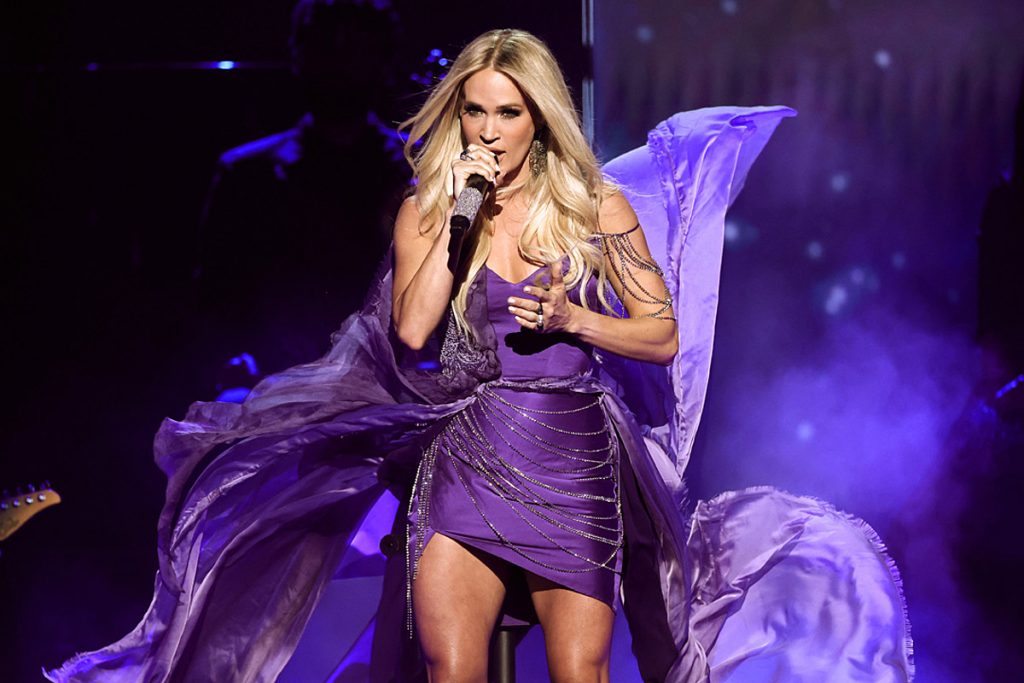 Carrie Underwood Packs In the Hits on Denim & Rhinestones Tour

Following an opening set from Jimmie Allen, Underwood took the stage for a performance that pushed the envelope both visually and in the live interpretation of her stalwart — and growing — catalog of hits. Her 2022 Denim & Rhinestones album was well represented in the set list, including performances of “Garden,” “Burn,” “Crazy Angels,” “She Don’t Know,” “Poor Everybody Else” and her new single, “Hate My Heart.”

With a show that went back and forth from the main stage to the B stage, Underwood’s appearance onstage included plenty of costume changes — including, as fans might expect from her album and tour name, a dazzling amount of denim and rhinestones. Underwood has long been vocal about how she hopes to push each tour to the next level, and on the Denim & Rhinestones trek, that meant pyro — especially in her performance of “Burn” — and aerial stunt work, a skill she picked up during her recent Las Vegas residency.

Her set also tipped its hat to her recent Guns N’ Roses live team-ups: She covered “Welcome to the Jungle” during her performance, according to fan-captured video. According to SetList.fm, Underwood also brought Allen back to the stage to transfigure the title track of her album and tour, “Denim & Rhinestones,” into a collaborative live effort.

But amid everything that’s brand new about the Denim & Rhinestones Tour, Underwood didn’t forget to included all the songs fans already know and love. Her set included several hits from across her career, including “Something in the Water,” “Church Bells,” “Cowboy Casanova,” “Good Girl,” “Blown Away,” “Two Black Cadillacs” and the show-closing “Before He Cheats.”