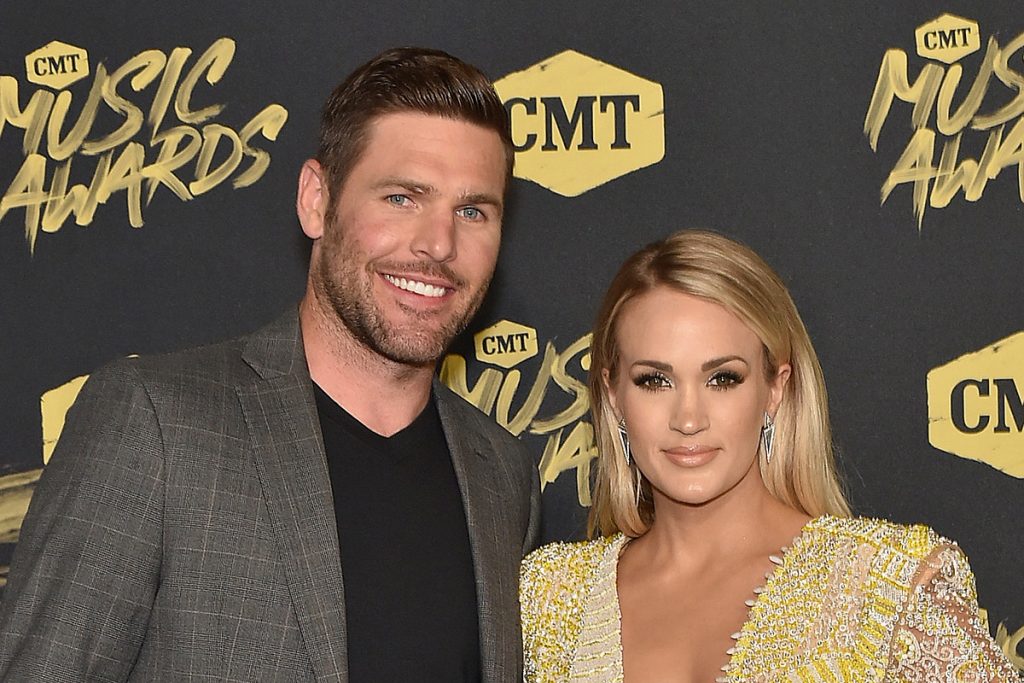 Carrie Underwood + Family Had ‘the Best Day’ During NASA Trip


Carrie Underwood and Mike Fisher took their two sons to NASA for a fun family outing, and they shared a string of out-of-this-world pictures from the experience, which she calls “the best day.”

The country superstar turned to Instagram on Friday (Nov. 5) to share a series of photos from the family trip. The pictures include her and Fisher standing in front of a lunar rover, posing with astronauts and looking at the wall of monitors in a NASA command center. Their sons, Isaiah and Jacob, join them for a jaunt in the moon rover, and she also captures them looking at a wall of patches.

In one adorable shot, 3-year-old Jacob waves goodbye to some astronauts who appear to have been talking to them from space.

“Had the best day @nasa talking to astronauts in space, driving moon rovers, checking out space station replicas and meeting some really cool people!” Underwood wrote to accompany the fun photos. “Thanks to @astro_kimbrough and everyone there for showing us around and being so sweet to my boys (who may just end up being future astronauts)!!! #Houston #Space #BeamMeUp.”

The trip provided a sweet break in the action for Underwood, who spent part of the year on stage for her Las Vegas residency before embarking on her current Denim & Rhinestones Tour. The massive road trek is set to run through March 17, 2023.

Carrie Underwood and Mike Fisher built a spectacular rural estate in Ottawa when they first married, and pictures show a property that is luxurious, but also rustic.

Carrie Underwood and her husband, Mike Fisher, owned a 4-bedroom, 4-bathroom, 2-half-bathroom home in an affluent Nashville suburb called Brentwood. The 7,000-square-foot mansion features a wet bar, fitness center and tennis court, as well as a four-car garage, walk-out basement with heated marble floors and extra appliances, including a sub-zero fridge and wine fridge. That house is where Underwood suffered a devastating fall in 2017.

The couple sold the luxurious home for $1,410,000 in March of 2019, after they moved into the massive dream home that they had spent several years building from scratch.

Carrie Underwood invested her money wisely after winning American Idol in 2005. One of her first big purchases was a 3,099-square-foot home in the well-to-do Nashville suburb of Franklin, Tenn. Underwood paid $384,000 for a luxurious 3-bedroom, 3.5-bathroom stone and stucco home in a private gated community.

The house features a library, a vaulted ceiling and lovely amenities throughout, but while it’s very nice, it’s certainly not the kind of home you’d picture for a budding country superstar. Underwood wound up being a huge success right out of the gate with her debut album, Some Hearts, and she sold the home in Franklin for $372,500 in 2007, when she purchased the Brentwood mansion that she would later share with her husband, Mike Fisher.