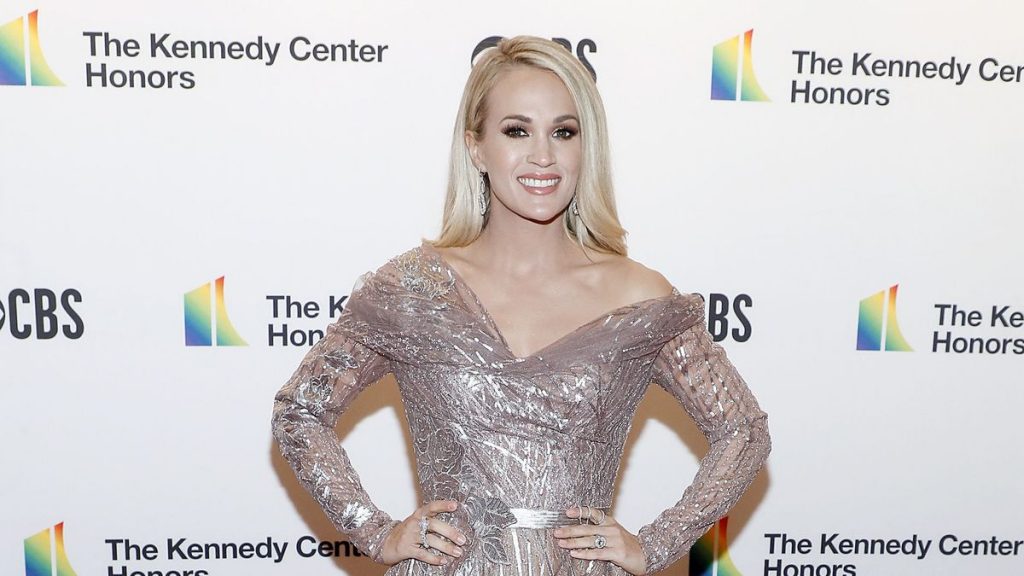 On the last afternoon of the annual Country Radio Seminar in Nashville on Friday (Feb. 21), Carrie Underwood had a lot to say about a lot of different things. And not just her life now, as a country superstar. But from her real life in her pre-American Idol days: growing up without a lot of luxuries, being an angsty teenager, and having zero faith in her ability to actual reach her neon dream.

“My path to the music industry started the way a lot of other people’s do. It just wasn’t seen. I grew up always wanting to sing, and I’d sing anywhere: we had a band when I was a teenager and we’d go play bars in Oklahoma and Arkansas, I’d do car shows and fairs, I did company Christmas parties,” Underwood told the radio industry crowd. “But of course, my path took a major turn when I decided to try out for American Idol. I was about the graduate from the university. It was time to grow up and get a job, but I had no idea how to get here (to Nashville). It was one of those God moments where everything just lined up in an instant.”

But Underwood maintains, adamantly, that her win in 2005 was above and beyond her very meager expectations.

“I would say not an ounce of me thought that I would win, to be 1,000 percent honest,” she said. “I’m from the tiniest town in the world. I’d never been on a plane before. I liked to sing, but lots of people like to sing. I wanted to be a famous country music singer, but a lot of people do. I think what I honestly thought would happen was I’d go there, the door would shut, and I could move on with the rest of my life saying, ’Well, I tried.’”

As she told stories — from her childhood, her singing career, her songwriting career, her lifestyle-brand building and her two best collaborations with her husband Mike Fisher: their sons Isaiah and Jacob — a few themes kept coming up in the conversation.

Be nice.
“It’s important to run your own race, and be aware of people around you, but don’t look at anybody else too hard. It’s important for a child to know that home is home, and it’s these people, and we want to be that for them. We have a lot of work to do to make sure our children are humble and hard workers,” she said, adding that she encourages people to: “Go the extra mile. And be nice to people. That can go a really long way. Just be nice. It’s important.”

Work hard.
“Everything is subject to change,” she said of the perpetual craft of songwriting. “It’s not done until it’s on the album. But I like a challenge. I could devote myself fully to (Cry Pretty), because I will not put my name on something that I did not do. That’s never gonna happen. So it was important to me that if I really wanted to take that step, I was all in. Whatever I do, I want to do it 1,000 percent. And I want to be the best at it.”

And that’s just how Underwood feels about making music. When it comes to her passion for health and fitness and writing her new book, Find Your Path, she said she feels it’s work but in a different way. “You can’t sing a book. Things don’t have to rhyme, so that’s helpful. It took so much time. I really had no idea what I was getting into. It was so challenging and wonderful. And at the time, while I was writing, I was pregnant and I had the worst insomnia, which ended up being a blessing because that’s when I wrote the majority of the book. Whatever I do, I’m gonna do it with all I’ve got. I bust my butt and we work stinkin’ hard, and (the fans) deserve that from me.”

Go to concerts, and if possible, lose your mind while you’re there.
Near the end of the Q&A session, Underwood told the best story about the best concert she’d seen. “We recently went to a Guns N’ Roses concert, and it was probably the best night of my life. I love concerts. I love them so much. Every time I go now, I’m stuck in a box somewhere and I can’t feel that energy. And it’s great and I get to watch, but (at GNR) we were in the audience and I was losing my mind. And didn’t give a crap what anyone else around me thought.” Underwood has always admitted she is a loyal fan of all heavy metal. “When I was getting ready today, I was listening to the new Ozzy Osbourne album (Ordinary Man). My first concert was an Alan Jackson concert, but I also saw Hole, Green Day and Slipknot.”

Stay tuned for more from Underwood’s CRS conversation on CMT.com.