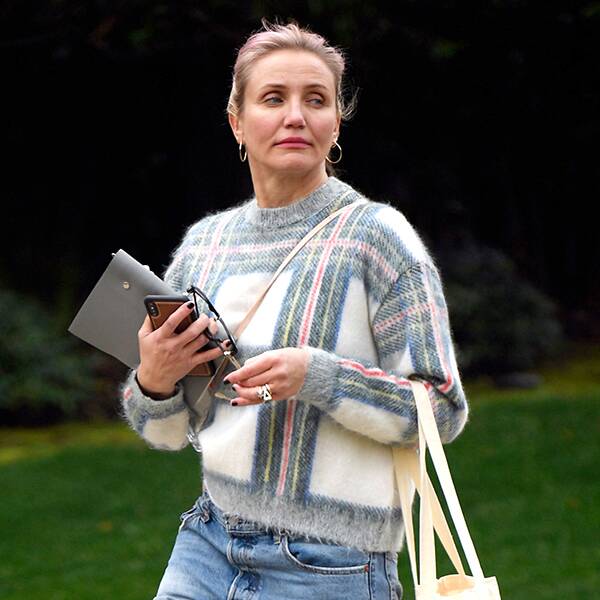 Cameron Diaz Spotted for the First Time Since Welcoming Daughter

Cameron Diaz was just photographed for the first time since becoming a mom.

It’s been exactly two weeks since the Charlie’s Angels star announced the arrival of her and husband Benji Madden‘s daughter, Raddix Madden. In a joint statement from the actress and the Good Charlotte artist, posted on social media, the couple shared that their daughter has “captured” their hearts.

“Happy New Year from the Maddens! We are so happy, blessed and grateful to begin this new decade by announcing the birth of our daughter, Raddix Madden,” the couple wrote on Instagram on Jan. 3. “She has instantly captured our hearts and completed our family.”

“While we are overjoyed to share this news, we also feel a strong instinct to protect our little one’s privacy,” Diaz and Madden continued. “So we won’t be posting pictures or sharing any more details, other than the fact that she is really really cute!! Some would even say RAD.”

Earlier this week, Diaz was spotted stepping out in Los Angeles wearing a cozy sweater, jeans and boots. The stylish star appeared to be leaving a friend’s house as she carried a tote bag in one arm and glasses, phone and a notebook in the other.

It’s been a very exciting time for Diaz, 47, and Madden, 40, in addition to their new bundle of joy, they also recently celebrated their fifth wedding anniversary. The couple wed on Jan. 5, 2015, surrounded by loved ones at their home in Beverly Hills.

“Getting married to him was the best thing that ever happened to me,” Diaz dished in a rare interview with InStyle in 2019. “My husband’s the best. He’s the greatest human being, and he’s my great partner.”