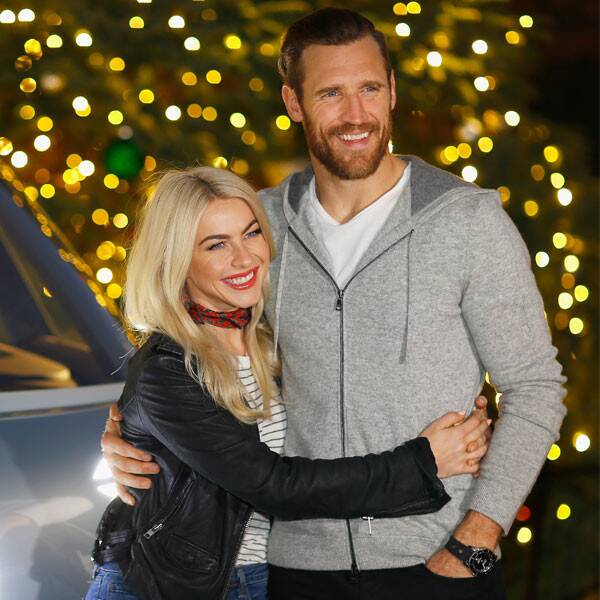 Brooks Laich is getting personal.

Earlier this month, E! News exclusively revealed that the athlete and wife Julianne Hough are going through a change in their relationship. According to a source, the Canadian hockey player and the former Dancing With the Stars pro are “spending time apart” as they navigate their next chapter together.

Amid the speculation, Brooks is opening up about his sex life in a new episode of the How Men Think podcast. During the episode, Brooks and co-host Gavin DeGraw are asked if they think they’re “great in bed,” to which Brooks replies, “I don’t know.”

“One of my goals this year is to really explore, like, learning about sexuality,” he continues. “The amount of time in my life that I’ve studied hockey, athletics, training nutrition…people think that sexuality is just the act of sex, of just having sex. There’s so much more to it.”

Brooks goes on to propose an “honest question,” asking listeners, “Are you fully 100 percent expressed in your true sexuality with your partner? With everything you could not imagine having a better sex life, are you truly there?”

After asking the question, Brooks says he’s not.

“So that’s one of his goals this year is to really dive into, essentially that’s a state of suffering. We’re not 10s out of 10s,” Brooks continues. “Do you even know who you are sexually? I truly in my core do not but I’m super excited about that journey. To truly learn about sexuality and get better at the performance at it. The understanding of who I am, who my wife is. That sort of dance.”

Later on in the podcast, Brooks says he has a concept he wants to propose called “pleasure first.”

Brooks says that this “pleasure first” concept is something he’s trying to explore in his life because pleasure has not been first in the course of his life.

You can listen to Brooks talk more about exploring sexuality in the podcast episode above!