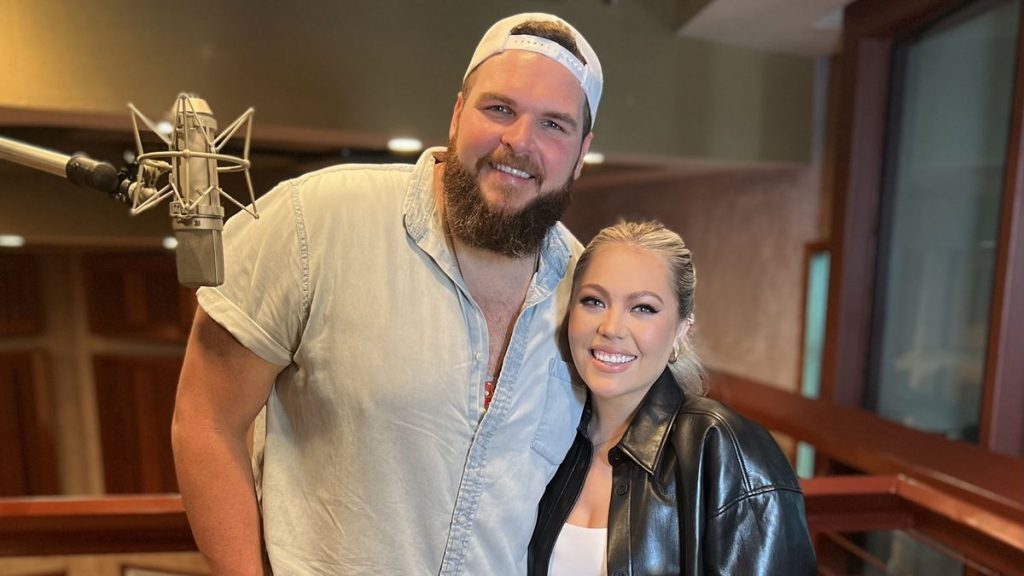 Wedding bells were ringing, when breakout star Bri Fletcher was writing “There’s Still Tomorrow.” The Texas native wrote the sentential single alongside long-time friend Katie Austin, Keegan Bost, Ryan Lau, and Sydney Lau. At the time, Austin was about to tie the knot and was pondering how to express her endless love beyond her vows.

After toying with the idea, the group placed pen to paper and created country-pop single, “There’s Still Tomorrow.” Fletcher called in NBC’s “The Voice” winner Jake Hoot to bring the mid-tempo hit to new heights.

The soul-touching track delivers a narrative about a couple head over heels for each other. The romantic melody destined to be a first dance pick by newlyweds nationwide, finds two love lovebirds rattling off reasons why their relationship will last forever.

Fletcher told CMT that she hopes the underlining message hits home to many, as she believes the feeling of love is universal.

“I hope fans can connect with the song, because I feel like we have all been there before when you are falling in love with someone, and you have such a big capacity for love that it is kind of hard to put into words,” the songstress explained. “This song is a great example of how to show that.”

The fast-rising musicians turned to producer and director Alejandro Medina from 3rd Lion Productions to capture the magic that was created in the studio during the recording process. Within just three minutes, Medina manages to bring fans behind the scenes in the recently released music video.

Listeners will instantly feel like a fly on a wall, as they watch the two create their chilling harmonies, practice the poignant lyrics, and feed off each other’s wide vocal range to create magnetic energy.

“This video brought the song to life for me because it really shows how Jake & I collaborated and worked together to bring an amazing performance to this song,” Fletcher exclusively shared with CMT.

Medina effortlessly documented the two tirelessly working, but Hoot pointed out that their height difference became an obstacle while filming.

“It took a while for us to find the right shot because of the height difference of Bri and I,” he said while laughing. “Bri is 5’2,” and I’m 6’6″, so there was a huge difference there. We finally settled on her standing and me sitting on a stool so we weren’t completely off balance. We worked it out though, and I love the way it turned out!

Fletcher was quick to agree with her duet partner, as she was pleasantly surprised by the finalized version and how the video represents the hard work that went into bringing the love song to life.

“When I saw the video for the first time I was so happy! It is perfect, and I am just so proud of this song and everybody that made it happen.”

“There’s Still Tomorrow” featuring Jake Hoot, follows Fletcher’s reflective hit “Astronaut” and “Everything I’m Not.” Hoot is set to perform the tender track and his other hits on the road this summer. The country crooner will be making stops at world-renowned festivals nationwide. For his upcoming appearances, visit jakehoot.com.