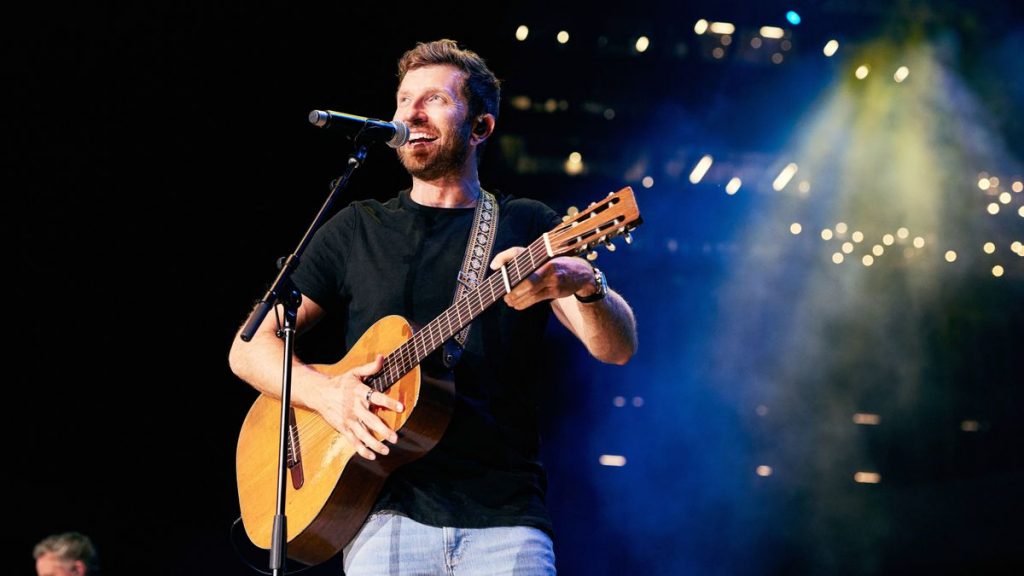 While preparing for a run of dates lasting through early November, Brett Eldredge encountered quite the shocking visitor into the garage of a home in which he was staying in Asheville, North Carolina. “Opened the garage door to go on a hike and had a new friend waiting to say hello,” noted the vocalist via Instagram, regarding the bear that greeted him.

“The incident underscores the growing number of human encounters with bears in the North Carolina mountains, including reports bears can open vehicle doors with their paws,” noted the Charlotte Observer. Eldredge escaped unharmed after seeing the bear turning over a garbage bin in an attempt to pry it open. The “Don’t Ya” vocalist and his friends eventually yelled enough to scare the forest animal away.

A number of Eldredge’s fellow country artists chimed in with humorous replies to the post. “Can you name it and bring it on tour” said Brittney Spencer. His forthcoming tourmate Morgan Evans exclaimed, “BRO, be careful we got a tour to do!”

Regarding safe ways to encounter bears in the wild, Bearwise.org adds, “If you do run into a bear, do what Eldredge did. From a safe distance, make loud noises, shout, or bang pots and pans together to scare away the bear. Give the bear a clear escape route and do not corner it.”

As noted, Brett Eldredge’s “Good Day” Tour starts this week, with at September 16 date at Jacob’s Pavilion in Cleveland, OH. For ticket information for that, or any of his other dates — including 2022 ones scheduled for Europe — click here.