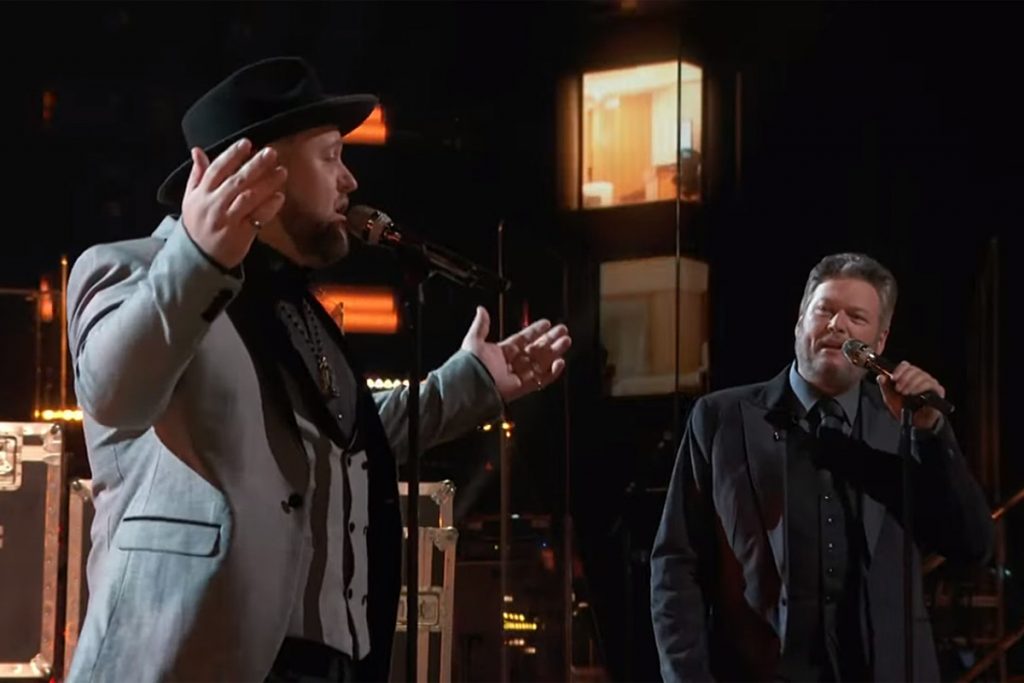 
Blake Shelton and Team Blake contestant Jim Ranger hit the stage as part of the Season 19 finale of The Voice on Tuesday night (Dec. 15), performing the Buck Owens classic “Streets of Bakersfield.”

The coach and his protege gave an energetic performance of the classic hit, which Owens first recorded in 1973, then took to the top of Billboard‘s Hot Country Songs chart when he re-recorded it with Dwight Yoakam in 1988.

The Voice coaches Blake Shelton, Gwen Stefani, Kelly Clarkson and John Legend all took the stage to perform with their team members during the Season 19 finale of The Voice, which also included a special performance of “Rockin’ Around the Christmas Tree” from the Top 20 contestants from Season 19.

Ian Flanagan and Jim Ranger from Team Blake, Carter Rubin from Team Gwen, Desz from Team Kelly and John Holiday from Team Legend squared off during the first night of the two-night season finale on Monday night (Dec. 14), with each of the Top 5 singing one cover and one original song to vie for viewer’s votes one final time. Rubin won Season 19 of The Voice at the end of the night on Tuesday.