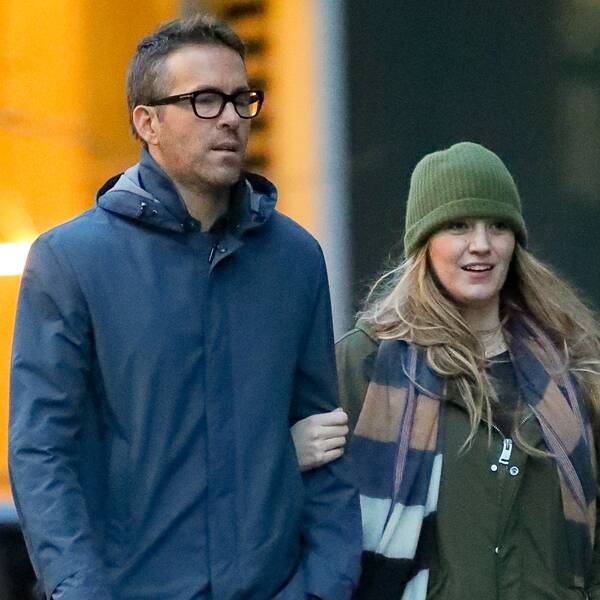 Blake Lively and Ryan Reynolds know how to keep the spark going when it comes to their marriage. The pair, who tied the knot in 2012, were spotted out and about getting a little quality time together on Wednesday morning. Photographers caught up with the couple as they strolled arm in arm through the streets of New York, even stopping to hop on the subway at one point.

Blake wore an oversize green winter coat paired with a lime green knit beanie, and added a scarf for a little extra warmth. Ryan kept things a tad more casual in his sleek navy blue coat, black pants and simple yet stylish brown boots. It’s clear the couple was enjoying some quality time out together in the midst of their busy schedules.

Not to mention, they just welcomed their third child to the family in October of 2019. The couple has kept a low profile since becoming a family of five, and have yet to reveal the name of their youngest child.

As per usual, Ryan played coy in a hilarious way when he stopped by The Today Show and was asked to spill the details on the name. “We haven’t yet! We’re gonna be original, and all the letters in her name are silent,” he joked. “I want to give her something to push against in life.”

When it comes to keeping their personal lives private, Ryan and Blake are professionals. Plus, they like to have a little fun with the public. Ryan also revealed to host Craig Melvin that he’s apparently not even really in a relationship with Blake.

“Well, I actually, I’ve never met her,” the 43-year-old quipped. “We actually only exist as a couple online. It’s manufactured by the studio system, and it’s worked out pretty well for us, really. I’m actually married to a woman named Louise in Denmark. We have four kids, and it’s been amazing!”

Ryan’s not alone when it comes to his hilarious antics. Blake also loves to join in on the fun from time to time. She recently took to her Instagram to share a hilarious video of the time she was high on medication in the hospital, and her loving husband took the opportunity to create hilarious video content of the moment. “My husband somehow knew ‘Wild Thing’ would be my version of smelling salts,” she captioned the epic video. “I’ve never felt so seen. Or high. Also…I have zero recollection of this.”

Way to keep the love alive!