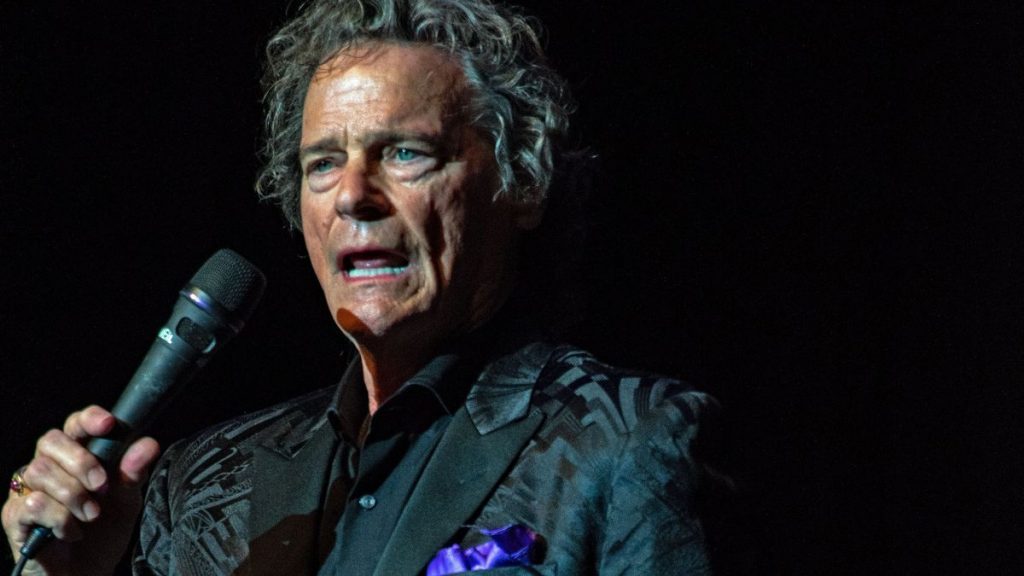 “It’s kind of an American song. The rain falls on everybody, but as long as you are free, everything is okay.” In a March 2021 interview with the Tennessean, singer-songwriter BJ Thomas reflected on what made his version of the Burt Bacharach and Hal David-penned country classic, “Raindrops Keep Falling On My Head,” a timeless performance. Sadly, in a press release sent Saturday evening, the Country Music Hall of Famer’s representatives revealed that Thomas, 78, had sadly passed away.

The five-time Grammy award-winning artist who sold over 70 million albums worldwide — including eight No. 1 hit and 26 Top 10 singles — was fondly remembered as having a six-decade-long career wherein his “smooth, rich voice and unerring song sense…crossed multiple genres, including country, pop, and gospel.”

His top-sellers included the previously mentioned “Raindrops Keep Falling On My Head,” an Oscar winner for “Best Original Song” that was most famously used in the 1969 film Butch Cassidy and the Sundance Kid. Other instantaneously iconic BJ Thomas songs include his 1966 cover of Hank Williams’ “I’m So Lonesome I Could Cry,” as well as 1975-released and Grammy-winning “(Hey Won’t You Play) Another Somebody Done Somebody Wrong Song.”

An Oklahoma native, Thomas moved to Houston, Texas, where the blend of country traditionalists like Ernest Tubb and Hank Williams alongside early soulful rock and rollers Jackie Wilson and Little Richard, plus singing in his church choir inspired his musical aspirations. Friendships with icons including pop superstar Dionne Warwick and country music great Ronnie Milsap continued his climb. The relationship with Warwick led to his connection to Burt Bacharach and his singing “Raindrops Keep Falling On My Head.”

The late 1970s saw Thomas struggle with substance abuse. However, by 1976, both he and his beloved wife, Gloria, became born-again Christians. His debut gospel album, 1976’s Home Where I Belong, became the first gospel record to sell a million copies. As noted via a press release, Thomas’ voice’s “warmth and emotional timbre” was “well suited to gospel.” Furthermore, his rendition of “Amazing Grace” is considered one of the most profoundly impacting of the hymn’s many covers.

BJ Thomas is survived by his wife of 53 years, Gloria, their three daughters Paige Thomas, Nora Cloud, and Erin Moore, and four grandchildren, Nadia Cloud, Keira Cloud, Ruby Moore, and Billy Joe Moore. In the previously mentioned 2021 Tennessean interview, the Nashville Songwriters Association’s Bert Herbison told the noted vocalist, “BJ, you are one of my favorite artists of all time…When you hold the microphone, there’s just some magic, and I just want to thank you for all the years of music from all the fans.”

Regarding his own career and life, Thomas noted via his website, “All I am is just another guy. I’ve been very lucky. I’ve had a wonderful life, I’ve been a husband and a father who cherishes his children and now I’m a grandfather, and I’m motivated like all these teachers and preachers and mothers and fathers to help my kids grow up with character and self-respect. I hope that doesn’t sound too grandiose, but that’s what it comes down to. It’s what I’ve tried to do with my music and with the majority of my life.”

BJ Thomas’ funeral arrangements are forthcoming and will remain private. Instead of flowers, in-memoriam donations will be accepted by Mission Arlington, Tarrant Area Food Bank, and the SPCA of Texas.