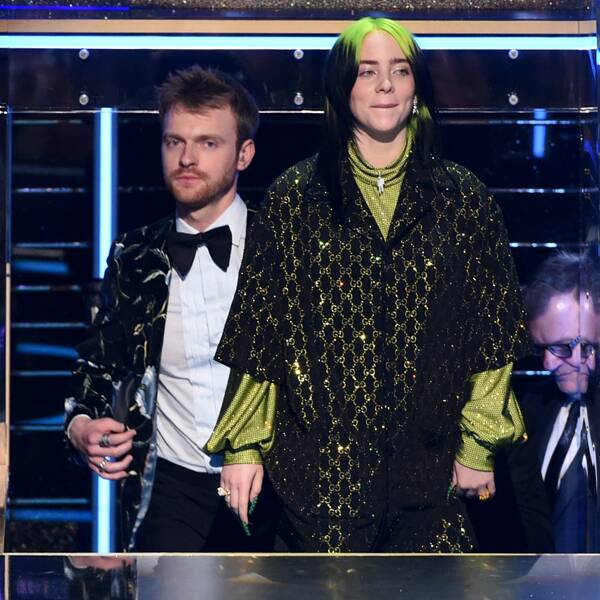 Nothing bad about this, guy.

The 62nd Grammy Awards couldn’t end without awarding Record of the Year, the last of the big four General Field categories. And after Billie Eilish, the youngest artist in Grammys history to ever land nominations in all four in the same year, had already been named Best New Artist and the recipient of both Album and Song of the Year trophies, it seemed the 18-year-old was in for a clean sweep.

And that’s just what happened when host Alicia Keys, at long last, revealed the winner of the final category of the night.

Returning to the stage alongside brother and producer Finneas O’Connell just after they’d left with their Album of the Year winnings, the pair kept things short and sweet as they approached the microphone for the fourth and final time of the evening to accept the honor bestowed upon their No. 1 hit “Bad Guy.”

“Thank you,” they said in unison before walking off, with a grateful audience both in seats at the Staples Center in Los Angeles and watching at home relieved that the show that had run long was, at long last officially over.

She, of course, had plenty of time to speak during her numerous trips to the podium throughout the night, likely exhausting anything she’d planned to say heading into the evening.

While accepting the Grammy for Best New Artist, she made sure to thank the people who were most responsible for helping her achieve all she had over her breakthrough year.

“Mainly I think the fans deserve everything. I feel like they have not been talked about enough tonight because they’re the only reason any of us are here at all,” she said. “So thanks to the fans…God, this is so crazy. I know that all the other artists that were in this category, I love you all, you guys are amazing. You deserve this just as much as I do. And I know your fans are hardcore and they’re going to fight for you guys.”

“So I love all fandoms, thank you to its fans,” she concluded. “You guys make this worth it. So thank you.”

All told, she won five of the six categories she was nominated in, losing only Best Pop Solo Performance to Lizzo’s “Truth Hurts.”

Congrats on an incredible sweep, Billie!