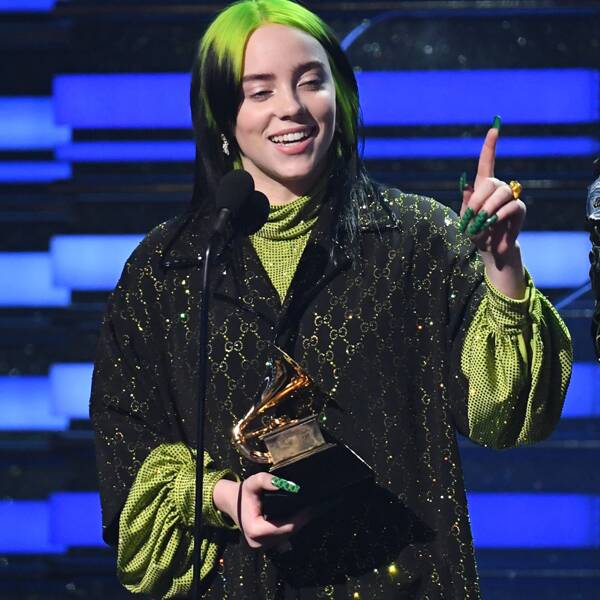 Billie Eilish Just Made So Much History at the Grammys

The 18 year-old artist just won a whole bunch of awards at the 2020 Grammys, sweeping all the major ones to the point where she was almost looking annoyed that her name was announced yet again. And even before she won her final award of the night, she could be seen mouthing “Please don’t be me!” and shouting “noooo!” when it was, in fact, her.

“Um, can I just say I think Ariana deserves this?” she said as she took the stage to accept Album of the Year.

Whether or not she believed she deserved it, Eilish won not just Album of the Year, but Record of the Year, Song of the Year, Best New Artist, and Best Pop Vocal Album, and she made a little bit of history while she did it.

First of all, Eilish, at 18, is the youngest star to ever win Album of the Year, taking the record from its previous holder, Taylor Swift, who won for Fearless when she was 20. She’s currently number seven on the list of youngest Grammy winners ever, with LeAnn Rimes (14 years old in 1996) and Lorde (17 years old in 2014) ahead of her.

Even more impressively, she’s the second person ever and the first female artist to win all four of the major awards—Album of the Year, Record of the Year, Song of the Year, and Best New Artist—in the same ceremony. The only other artist to ever do that is Christopher Cross, who did it in 1981, 20 years before Eilish was even born. Adele was the second artist to win all four awards in general, but she didn’t manage it in a single year. They are the only three who have all four awards in the history of the awards ceremony.

Billie was just one award away tonight from making the list of artists who won the most Grammys in a single night. Michael Jackson and Santana both won eight in a single night, while Roger Miller, Quincy Jones, Eric Clapton, Beyoncé, Adele, and Bruno Mars all have won six in one night. Billie won five.

Whether she believes she deserves it or not, she’s well on her way to holding even more records in the years to come.