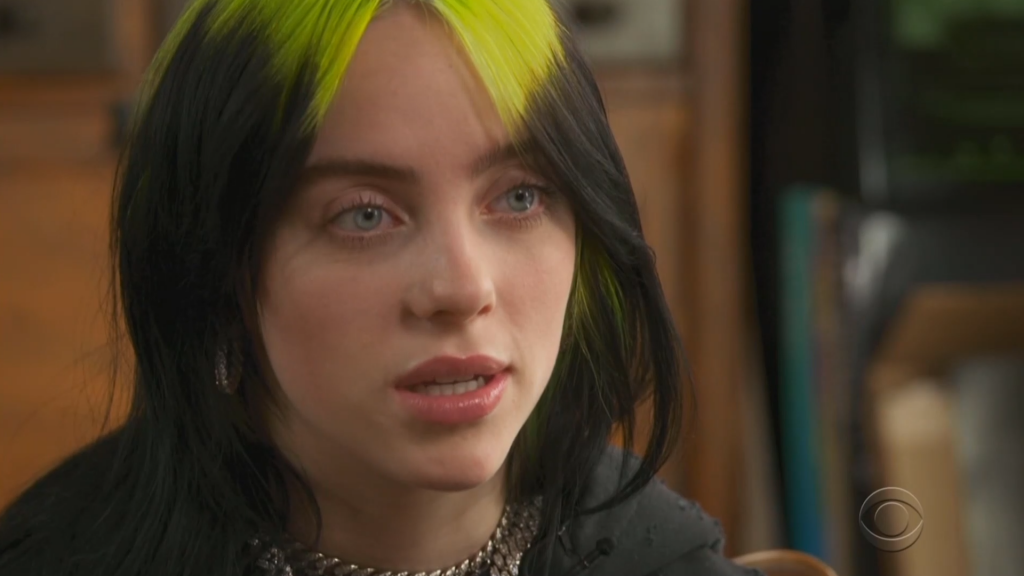 On The Gayle King Grammy Special, which aired on CBS Thursday night, Grammy nominee Billie Eilish opened up about suicidal thoughts she had in Berlin in 2018.

In the special, Gayle King explained that “fame had taken a heavy toll” on Eilish. “She couldn’t go out in public without being recognized and most of her friends, unable to relate to Billie’s new pop star status, had drifted away. Lonely and isolated, she fell into a clinical depression,” added King.

“I don’t want to be dark, but I genuinely didn’t think I would, like, make it to, like 17,” admitted Eilish, who added that she thought she would do something to herself.

Eilish recalled her dark moment in Berlin, sharing, “I think about this one time I was in Berlin, and I was alone in my hotel, and I remember there was, like, a window right there. I, like, God, I remember crying because I was thinking about how the way that I was going to die was, I was going to do it.” Eilish also admitted to King that the line “I wanna end me,” in her song titled “bury a friend,” once had a literal meaning.

“You know, there’s a lyric in one of your songs where you talk about the end of me. When I heard that, I thought, ‘God, I wonder if Billie was talking about herself.'” Eilish responded, “I was,” before lifting the mood by saying, “It also rhymed.”

However, while the 18-year-old pop star, who is nominated for six Grammy awards this year, has gotten candid about self-harm and depression in the past, Eilish says she now reaches out to her fans who are experiencing mental health struggles and urges them to not do something they can’t take back.

“I just grab them by the shoulders, and I’m like, ‘Please, take care of yourself, and be good to yourself and be nice to yourself. Don’t take that extra step and hurt yourself further,” said Eilish. “You can’t take it back.”

Watch Jesse Tyler Ferguson revealing he and his husband are expecting: