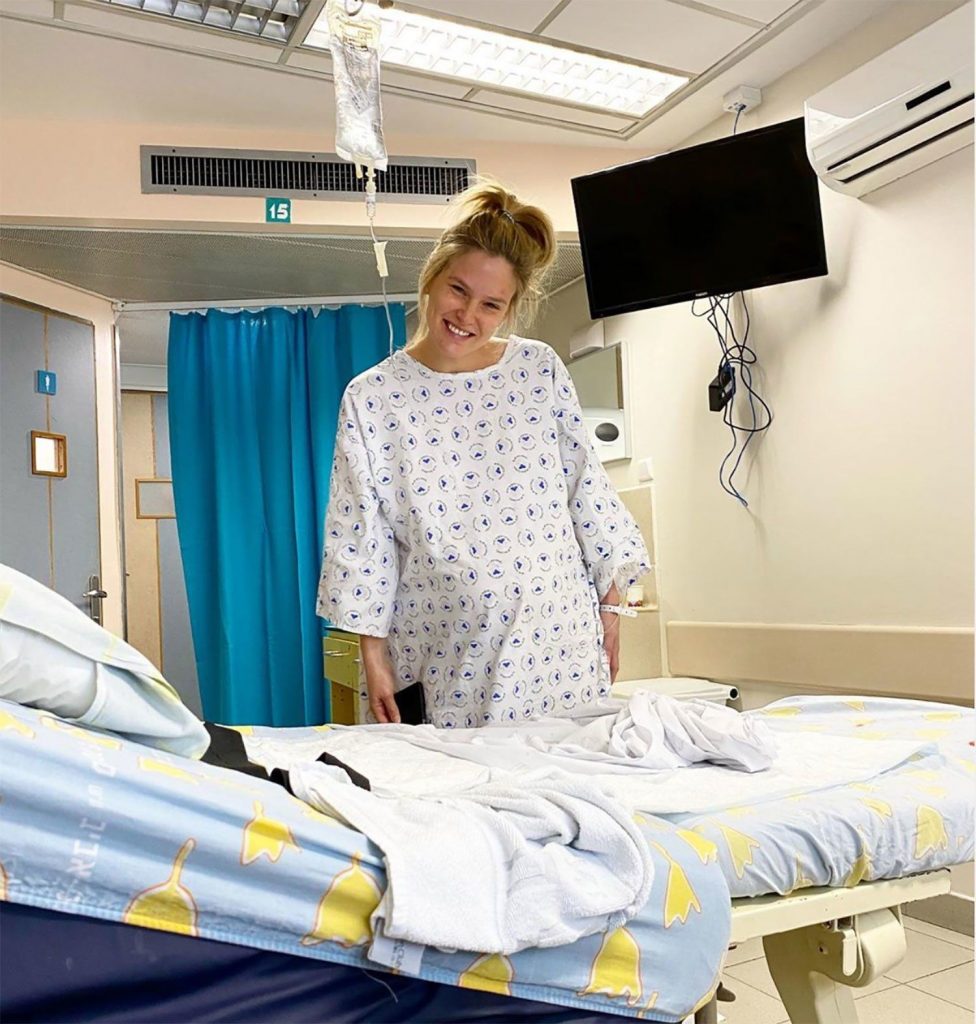 
Bar Refaeli is a mother of three!

The Israeli supermodel, 34, announced on Saturday that she had given birth to her third child with husband Adi Ezra.

“This is what real GLAM looks like,” Refaeli wrote on Instagram alongside a photograph that showed her smiling in a hospital room while wearing a hospital gown and standing in front of an IV.

While Refaeli has yet to share further details, including the baby’s sex or name, the Times of Israel reported that the baby is a boy, whom they welcomed on Tuesday in Tel Aviv.

Never miss a story — sign up for PEOPLE’s free daily newsletter to stay up-to-date on the best of what PEOPLE has to offer, from juicy celebrity news to compelling human interest stories.

Refaeli announced her pregnancy in a video posted to Instagram in June.

In the clip, her friend and 2019 Eurovision co-host Assi Azar announced that he will be joining Refaeli’s eyewear brand as a model. When he asked her to say a few words about the collaboration, she announced with a smile, “I’m pregnant!”

The clip eventually cut to Azar saying to the camera, “Wasn’t she just pregnant a second ago? I’m so happy for her — if it’s true. She looks a little pregnant, she does. Why does she need three kids anyway?”

She captioned the funny video, “OOPS I did it again ??‍♀️.”

Refaeli married Ezra, 44, in September 2015 in Haifia, Israel. The couple exchanged vows in front of 300 family members and friends at the Carmel Forest Spa Resort.

The model spoke that same year about her desire to be a mom and have a big family, telling Hello! Fashion Monthly, “I think this will be a decade of family … I come from a family of four children. A lot of mums could read this and think, ‘Yeah, try having one first.’ Hopefully I’ll have a big family, but I’ll take it one by one.”

The supermodel has shared her excitement over each pregnancy with her 2.9 million followers, and this last one was no exception. She showed how much she was embracing her baby bump by captioning one mirror selfie, “When everything is just too small — flow with it. ?”