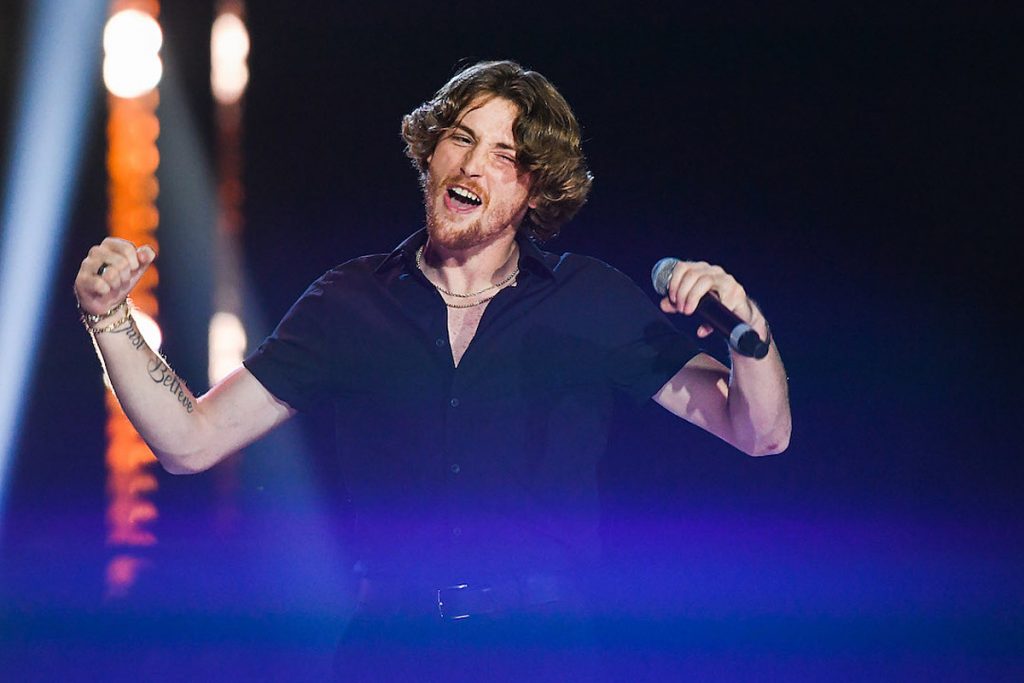 
Newcomer Bailey Zimmerman‘s star was already on the rise before he released his debut EP, Leave the Light On, in October — but even he couldn’t have predicted what a massive success the project would be.

Leave the Light On steamrolled Zimmerman toward record-breaking success in the chart and streaming worlds, helping to land him at No. 2 for Billboard‘s year-end Top New Country Artist list, and made him the No. 4 Top New Artist across all genres. He ranked high on TikTok’s Emerging Artists chart, too, and his song “Fall in Love” topped the Billboard Country Airplay chart, making Zimmerman the first artist to make it to No. 1 on the chart with a debut single in 2022.

At the 2022 CMA Awards, Zimmerman was riding high from the overwhelming support he’d seen in response to his project — and he admitted that he’s a little surprised to notch so much success so early on in his career.

“I was worried about how it was gonna be, because I just started singing a couple years ago, and came into town a year and a half ago,” he told Taste of Country. “So I really haven’t — quote unquote — paid my dues. But everybody’s been great. They’ve really uplifted me. And a lot of the big artists in town have reached out and made sure I feel welcome and stuff. It’s been great.”

And that’s not all: Zimmerman’s fan base has exploded.

“People come up to me in airports now,” he says, shaking his head in amazement. “Just to come up and be like, ‘Man, I love the music.’ It’s really cool to just feel all the love all the time from them.”

It can be tough to follow up a big, successful debut, but as he thinks about his next steps, Zimmerman is keeping a holistic mindset. “More songs,” he says, when asked what’s next for him. “And just continuing to grow as a person, as a human.”

There are plenty of feel-good country jams on this list of the top country songs of 2022, but the No. 1 song is one of the best love songs of the decade. These 22 songs are ranked by critical acclaim, radio and sales success, and importance to the genre.
Seven of the 22 artists made our Top Country Songs list from 2021, as well, but there are no song repeats. If a song made a previous list (or didn’t spend most of its time on the charts in 2022), it’s not eligible. So, before you ask where your favorite song is (i.e. Cody Johnson, “‘Til You Can’t”), be sure the miss isn’t just a technicality.