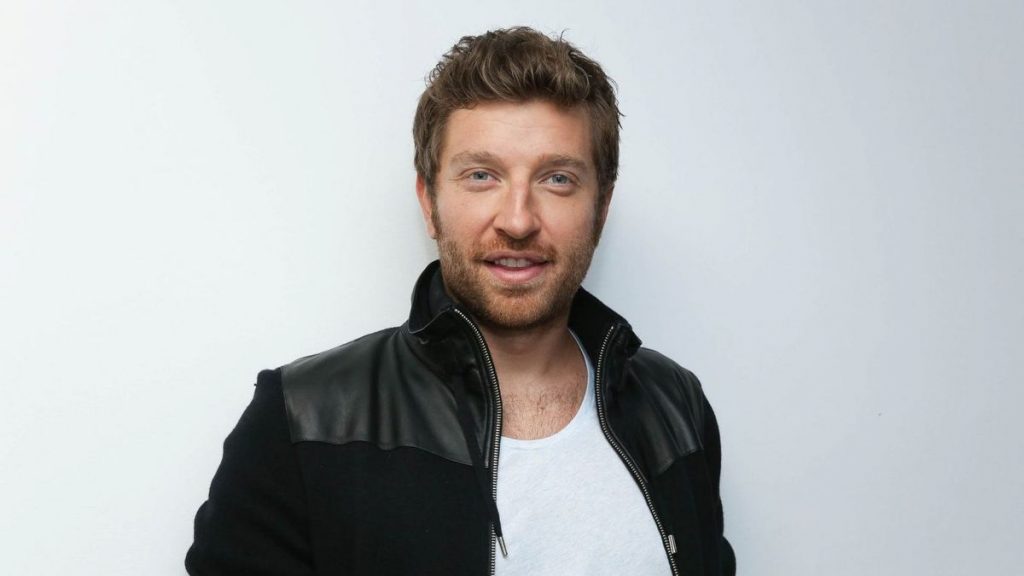 Over the past year, the COVID-19 pandemic forced tours to shut down, cutting off artists from one of their main sources of income–performing concerts for crowds of fans.

Starting in March 2020, the COVID-19 pandemic launched a wave of canceled concerts and large-scale tour dates, and many artists not only saw the dissolution of a large portion of their own incomes, but the devastating impact on the entire touring segment of the music industry–booking agents, production crews, touring musicians, caterers, tour managers, venue employees and more.

“Everybody in the music industry has been hit extremely hard because their livelihoods and their gifting is based on crowds,” says Al Andrews, founder and Executive Director for Porter’s Call, a Nashville-based organization that offers support to music artists. “And those just went away. We’ve naturally and expectedly seen an increase in anxiety and depression,” he tells CMT.

In recent months, several artists have opened up in different ways about how they care for their own mental health–whether that is exercise, taking a break from social media, therapy or medication–and how the past year has provided an opportunity for them to focus on taking care of mental health.

Brett Eldredge’s recent single “Good Day” focuses on finding the positive in everyday things, and he’s been open about his own struggles with anxiety. He told ABC News that at times, anxiety made it hard to celebrate achieving career milestones that he had worked so hard for.

“I went through a stage where I was so hyped up about it [my career] that I wasn’t able to really enjoy what I loved to do,” he said. “[I had dreamed] of getting songs on the radio, then I got songs on the radio, and I loved that in the beginning, and then all of a sudden I just got all these pressures.”

Eldredge also said over the past two years, he has focused more on caring for mental health, including journaling, therapy and spending more time outdoors. Over the past year, he’s also shared with fans things he uses to stay positive, such as positive affirmations.

Brothers Osborne’s John Osborne told CBS Sunday Morning that he went through a mental health crisis in 2019 as the duo worked on their third album, Skeletons.

“I remember calling our manager at the time,” Osborne told CBS Sunday Morning. “And I told him, I’m like, I mean, ’We can’t go into the studio. I don’t know what’s wrong with me — I don’t know why I’m not happy. I’m depressed. My anxiety is through the roof. I can’t sleep. My ears are ringing.’” He later added, “With a lot of therapy, a lot of self-help, a lot of love from my friends and family — I was able to kinda get to a better place so we can finish the album.”

In March, Kelsea Ballerini told Shape how she’s incorporated moments throughout the day to care for herself, whether that’s being outside, taking her dog for a walk or just sitting on a porch.

“I used to think ‘me time’ was so narcissistic, but now I realize it’s necessary….I can show up in a more present way when I’m taking time for myself, too,” she told Shape.

The loss of income and tour dates that the past year have wrought added to those normal career stressors, and also forced many artists to make tough decisions.

In May 2020, superstar Kenny Chesney told Los Angeles Times writer Mikael Wood that he made sacrifices to keep his band and crew on the payroll last year, even with no touring income.

“Thank God I don’t have to let anybody go this year,” Chesney told the Los Angeles Times, later adding, “And I’m not gonna lie–it’s expensive…but I had to make a decision if I was gonna keep my lifestyle the way it was or if I’m gonna take care of my people.”

Two organizations in Nashville–Porter’s Call and Onsite–are among those that help music artists navigate the unique journey and demands that come with a career that involves constant travel, pressure to maintain or outdo their previous album sales/streaming or touring numbers, and balance a myriad of work demands with family time and personal obligations.

Certainly, the COVID-19 tour shutdowns impacted artists differently, depending on their level of success.

At the height of the pandemic, some independent artists saw not only their touring gigs halted, but also the kinds of “backup” jobs they have often depended on, such as retail and food service jobs. For those who were just beginning to promote their first single to radio, or open their first tour, those plans were postponed, if not erased.

“They had been living this dream and the opportunity was right there and they felt they had lost that and worried if it would come back,” Onsite CEO Miles Adcox tells CMT. “And then for those at the top of the food chain, I have worked with many who struggle to find more balance, and more time at home. Then they got it all at once and that is also difficult. They didn’t know what to do with it.”

In a normal touring year, artists would spend weeks at a time away from family, on the road. While the extended family time has been a blessing for many artists, it has also brought its own set of challenges.

“For a lot of people, things in their relationships got exposed. You’ve seen more split ups during the pandemic,” Andrews tells CMT. “When you get in a rhythm of being on the road and off the road, and on the road again, there are things you don’t deal with, because you leave again about the time you probably should be dealing with them. But we’ve seen a lot of people come in to work on their relationships because they just need to.”

For artists, the impact of not being able to perform one of their core functions–performing for fans–hit doubly hard, as performing is not just a job, but for so many, an essential portion of who they are. There is nothing else like that connection with their fans.

“Even in a normal year, we kind of go into the question of ‘Who am I and what am I here for?’” Andrews tells CMT. “There is this great story of a classical pianist, Leon Fleisher, who lost the use of his right hand. He began to have to answer that question ‘What am I here for?’ After going through a severe depression, he began to write and to conduct and began playing piano with only his left hand. And he became world-renowned.

“I will tell that story and ask, ‘All right, if you lose this thing–being onstage, performing–what are you here for, really?’ Those are the deeper questions that everybody needs to ask. Maybe they are here to help people, give back to the community, or bring a certain message. I believe this time has afforded the chance to ask that question. Because if all they are here for is to be onstage and the stage is taken away, what’s left?”

To maintain some semblance of connection with fans, a few artists turned to socially-distanced, drive-in theater concerts, while many country artists have taken part in some type of livestream performance at some point in the past year. The Grand Ole Opry kept its weekly tradition unbroken by having artists perform without an in-person audience, airing the shows via livestream, WSM Radio and Circle Network–and in the process, offerings artists ranging from Vince Gill and Emmylou Harris to Luke Combs another outlet to continue performing.

For many artists, music itself has been an ultimate healing method and a way of processing the struggles over the past year. Luke Combs released “Six Feet Apart,” while Dolly Parton released “When Life Is Good Again.”

Now, 14 months after the tour shutdowns began, artists are gearing up to return to the road, with a slew of recent tour and concert announcements from Jason Aldean, Luke Bryan, Florida Georgia Line, Thomas Rhett, Dierks Bentley, and more.

Many artists are starting off doing a few shows here and there, working their way back up to full-scale tours. Artists including Thomas Rhett, Miranda Lambert and Midland performed a series of shows at Billy Bob’s Texas, while Dierks Bentley and his band and crew recently welcomed the return of his High Times & Hangovers Tour–performing five club shows in five days–ahead of his larger ’Beers on Me’ amphitheater tour that launches this summer.

While artists and their entire touring teams are anxious and excited to return to performing, Andrews notes that the process could be a bit bumpy for some.

“I think some people will be coming out of their homes and they have been dealing with issues in different ways,” Andrews says. “You have a crowd of people on a bus who have been isolated for a year and some might be bringing some emotional stuff with them. Just the fact that people have been depressed and anxious and that’s when some begin to find unhealthy ways to medicate that–things that don’t really work to help ease the pain, loneliness and anxiety. I hope I’m wrong, but I believe some people are going to bring that with them on the bus–not just some artists, but team members.”

“I would have at least one professional resource that could be a team member, in the sense that I could have on call,” Adcox tells CMT. “Artists have all these people around them that take a percentage of the revenue that they make and are the team that kind of keeps them going. Have somebody who can come out to certain stops and check in with the artist, speak to the team, or have somebody in the mix to check in with each other about how they are dealing with stress, and asking about their stress levels.”

Ultimately, Andrews says patience and grace are key for teams returning to the road. “If I had advice for anyone heading back out on tour, I would say be kind to one another, be gracious to one another and be honest. It’s going to take a lot of grace because everybody’s rusty. Even if they don’t say so, they are.”