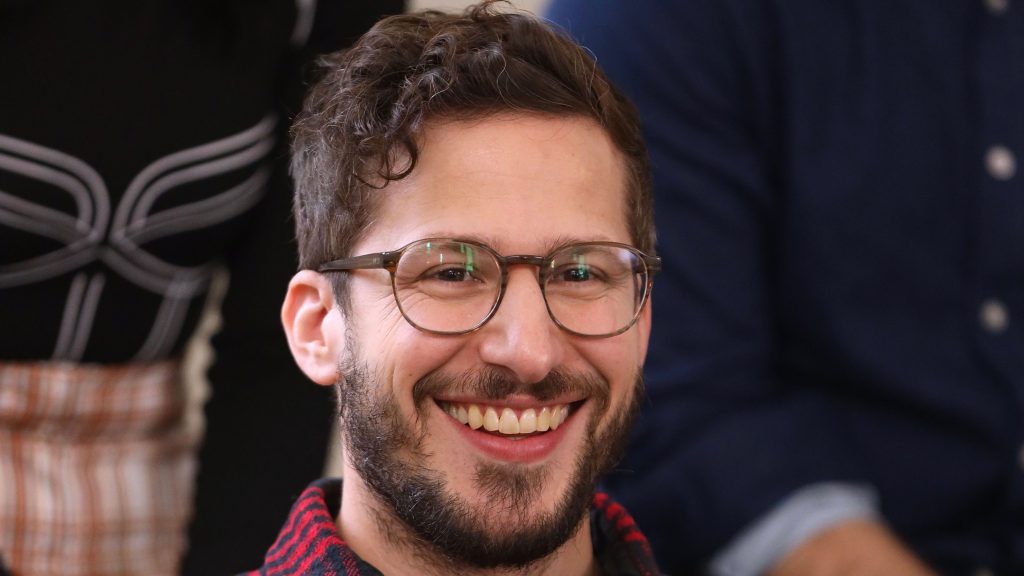 Andy Samberg has been a reliable favorite hosting awards ceremonies, in recent years emceeing the Independent Spirit Awards, the Emmys and the 2019 Golden Globes with Sandra Oh. So it’s only natural to wonder if Samberg would consider taking the reins on the Oscars, which will return again this year without a host.

“They have not asked, so I haven’t had to think about it,” Samberg said at the Variety Studio at Sundance. “It’s kind of a bad gig right now. It seems like anyone who is taking it on becomes a target. But probably yes, because I’m pathetic.”

Samberg, who is at Sundance to promote his upcoming film “Palm Springs,” praised Ricky Gervais, who hosted the Golden Globes in early January.

His “Palm Springs” co-star Cristin Milioti pointed out that potential emcees are only scrutinized if they have skeletons in their closet, alluding to last year’s Academy Awards debacle involving Kevin Hart and past anti-gay tweets.

“I would say they only become a target if they have a history or are a controversial person,” she said. “If you’ve had a lot of homophobic tweets.”

With or without scandals, Samberg noted that awards show hosts tend to find themselves in a no-win situation.

“Even after the fact, even if nobody has a problem with you going in, they’re going to say how much they hated what you did on the show,” he said.

Before Samberg can take a new hosting gig, he’s busy in Park City on the press circuit for “Palm Springs.” The film, which premieres at Sundance, has been described as a nihilistic wedding rom-com. The cast and crew played coy about specific details, though it follows Samberg’s character as he attends a wedding with his girlfriend. From there, chaos presumably ensues.

“It’s fun, it’s a little bonkers. We’re subverting a lot of the tropes you usually see in wedding movies and rom-coms,” said Max Barbakow, who directed the film. “Tonally, it’s that really nice charged area between laughter and deep feeling and then just bonkers stuff. We’re trying a lot of things.”

For inspiration, Samberg said he watched the nuptials between Anakin Skywalker and Queen Padmé Amidala in “Star Wars: Attack of the Clones.”

That planet is all beautiful,” he joked. “To me, it’s like the perfect wedding.”

Since the movie is set at a wedding, the cast offered some tips when it comes to giving toasts for the bride and groom.

“You’re just supposed to speak from the heart, right?” Milioti said. “Then following it up? Speaking from the butt.”

Samberg shared his own sound advice, saying, “To me, it’s like everyone’s like it’s not a roast, but you know it’s gotta be a roast. You go hard on the bride and groom’s parents. That’s the No. 1 rule.”