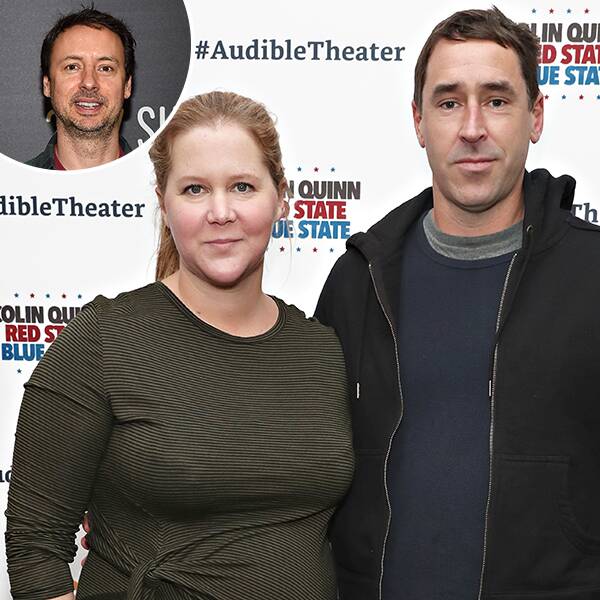 Talk about an interesting set up!

Amy Schumer and husband Chris Fischer have a new roommate: Kyle Dunnigan. On Thursday, the comedian, who briefly dated the Trainwreck star years ago, explained their living situation during his visit to The Howard Stern Show and how the exes make it work.

“[Her apartment] is beautiful. If you saw it, you’d stay,” the comedian, who was a writer on Inside Amy Schumer, told host Howard Stern. “I’ve been there for a month and a half…She’s been very cool.”

After explaining that he’s been bunking with the I Feel Pretty star while they work on her new Hulu show Love, Beth, Dunnigan joked that he has no plans to ever leave Schumer and Fischer’s pad: “I’m supposed to leave in three weeks, but I don’t think I’m gonna.”

Since moving in, the funnyman said that he’s become a rather “entitled” roommate now that he’s gotten accustomed to the Fischer household’s lavish amenities.

So, what does Schumer’s husband think of this whole arrangement? According to Dunnigan, the two hit it off right away. “We bro out,” he said of his relationship with the professional chef. “We play chess. And all the food is really good and free.”

All kidding aside, Dunnigham admitted that he’s taken things a bit too far. “I gotta get out of there,” he said. “Because this is like suspended adolescence.” After joking that the comedy writer was the boyfriend that never left, Howard quipped, “Any of the guys who write for me, if they showed up at my apartment, I would tase them.”

Now a family of three thanks to baby Gene Attell Fischer, we’re sure the apartment is starting to feel like a full house. Back in May, the Schumer and Fischer welcomed their first child together, and, as of recently, the couple has begun exploring their family planning options through IVF.

Last week, Schumer revealed that she had started taking injectable fertility drugs and shared a candid post regarding her IVF journey. “I’m a week into IVF and feeling really run down and emotional,” she wrote, posting a picture of her bruised stomach. “We are freezing my eggs and figuring out what to do to give Gene a sibling.”

After receiving an outpouring of support from her fans, the Snatched star shared an update. “Thank you ladies and a few gentleman,” she captioned a snapshot from her recent doctors’ visit. “I learned to eat salty food after and drink Gatorade. Ice the area. Take arnica and put arnica on the bruises. To be patient and kind to myself and that there are sooooo many of us willing to be there for each other. Your stories helped me more than you can imagine. I feel incredibly lucky. I’m really hoping this works and staying positive. Much much love!”