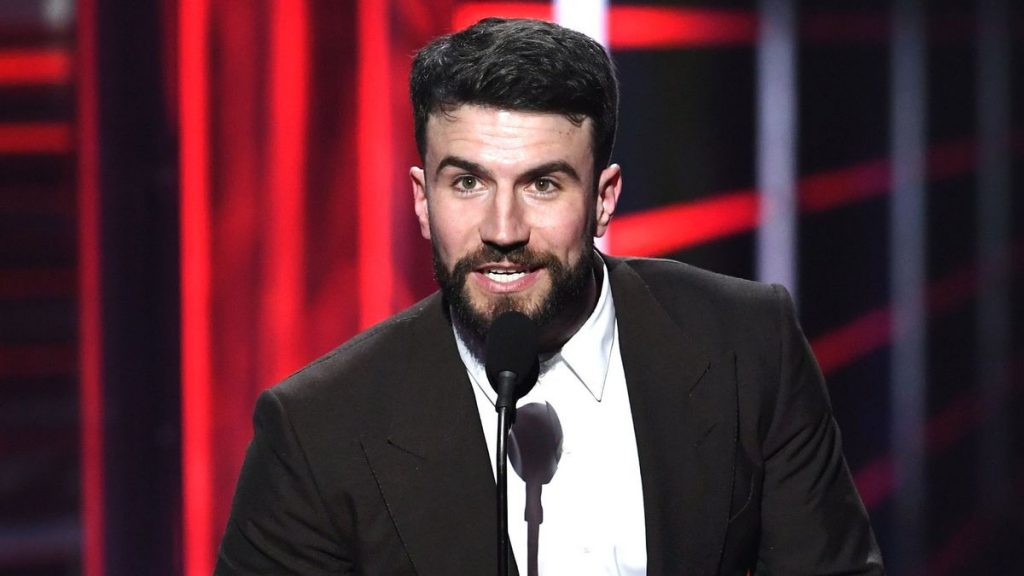 All About Sam Hunt’s Dreams of Being a Bull Rider

Ever since Sam Hunt released his debut single “Leave the Night On” back in 2014, he has been destined for a long and legendary career in country music. But what if he had never started chasing that neon rainbow, and had instead gone after the career that he dreamed about as a kid?

It’s true. Hunt originally had plans to be a bull rider, back when he was about 9 years old growing up in Georgia.

“I remember being really excited when I got into riding horses, and one Christmas I got a Mustang that I named Comanche, and that was a really exciting time. I rode all the time after that. I was able to ride whenever I wanted to,” Hunt said in a recent radio interview. “I remember one year, it probably started from the horse-riding thing, but I got into wanting to be a bull rider.

“I was still pretty young, so one Christmas we got a little steer calf. It had a little rope, and I’d try to ride the calf.”

But eventually, Hunt recalled, that little calf grew up. And that was pretty much the end of that.

“He sort of grew up with us, and grew into a bull, and ended up getting after my grandmother one afternoon. We had to get rid of him. He was just playing,: he said, “but she wasn’t really the playful type.”

This Christmas, Hunt and his wife Hannah are going to be heading to Georgia to spend some time with his parents and brothers.

“We got to spend Thanksgiving with some of Hannah’s family, but I haven’t really seen my parents and brothers in a little while so we’re gonna go down — I’m gonna try to take a little more time than I have these past couple of years over the break,” Hunt said, “and try to make the most out of this last month of 2020.”

Hunt’s been making the most of the quarantine by releasing music videos from his garage in Nashville. It’s one of the brightest silver livings we’ve seen so far.