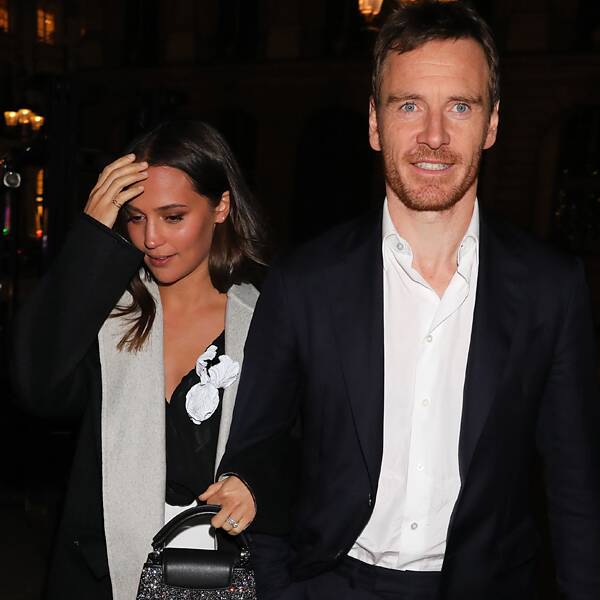 It’s not every day that we see these two hand in hand.

On Tuesday, Jan. 21, Alicia Vikander and Michael Fassbender were spotted during a rare public outing for Paris Fashion Week.

The two looked happy and in love after being pictured leaving the Louis Vuitton dinner for Fashion Week. The two arrived separately at the venue but left together, with the Tomb Raider actress interlocking her arm with her husband’s.

The 31-year-old actress was donning Louis Vuitton from head to toe, looking very chic in a white miniskirt, black ruffled blouse and an elegant oversized coat. Of course, she paired the outfit perfectly with a pair of white matching LV heels and accessorized the ensemble with a small and shimmery black handbag.

Her husband and Assassin’s Creed actor look just as dapper in a black suit, an unbuttoned white shirt and matching black shoes.

The two have been romantically linked since November 2014 and tied the knot in October 2017. Since then, it’s been few and far between the times that we’ve been the two lovebirds out in public together.

In March of 2018, the actress opened up in an interview with Marie Claire about her own bachelorette party and how she didn’t even see it coming.

Before getting married in Ibiza after dating for three years, her friends went all out to get her to attend her bachelorette party after Vikander had attended Paris Fashion Week.

“I was there for the Louis Vuitton show and suddenly got a text that says, ‘Go out. We need you right now.’ They kidnapped me for 24 hours!” Vikander told the publication.

While she didn’t spill too much about her relationship with Fassbender, she did share with the publication that she was a “big romantic, and I always have been.”