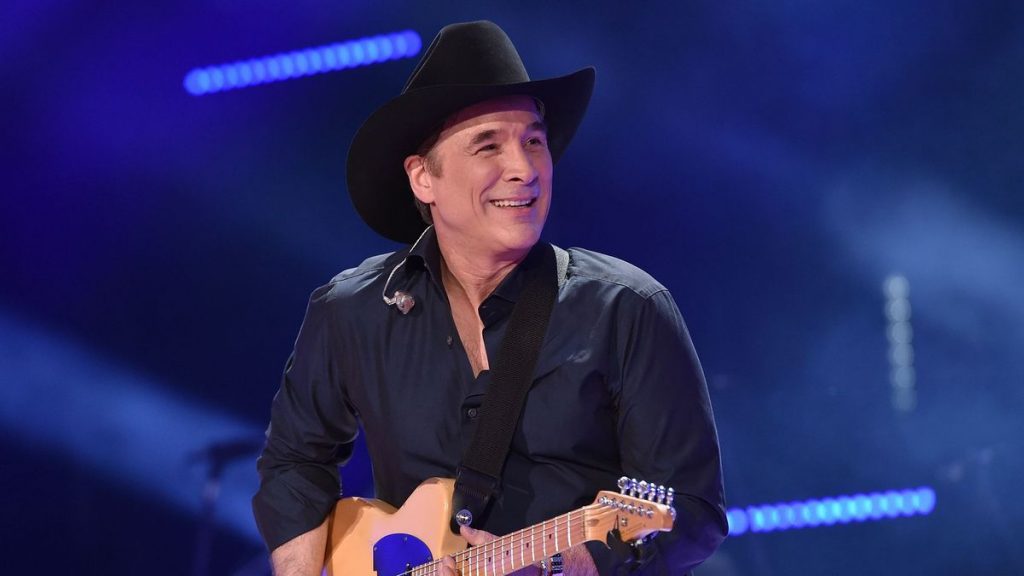 Clint Black built the foundation for a ’90s explosion of country music with his impeccable 1989 debut album, Killin’ Time. A traditionalist with a Texas twang, the singer-songwriter brought a youthful energy and an appealing look to the mainstream scene after cultivating an audience in clubs.

Thirty years later, the singer-songwriter is looking back with Still Killin’ Time, a combination of live tracks and two new songs from the Killin’ Time era recorded especially for this project. A Grand Ole Opry member since 1991, Black chatted with CMT about those old days as well as “This Old House,” his new single and music video.

CMT.com: It’s been 30 years since you released your album Killin’ Time. Your videos were playing non-stop on CMT at that time. How important were those first few music videos when you were establishing yourself as a new artist?

Black: I remember CMT was just getting started. There weren’t a lot of videos made at that point, but we were starving for them. We loved them back home, and we just couldn’t get enough of them. My first thought in making a record was, “Am I going to get to make a video?” I felt like I had to, so my mind was focused on that, since it hadn’t come up with the record company.

I had a show in Belton, Texas, which was at the Bell County Expo Center. I called my manager at the time and said, “I have a show coming up, maybe we can shoot some footage and get ready to make a music video,” and we did. I’m sure the record company would have wanted a music video for our new song, but regardless, I was pushing for it. I really wanted a video out there.

Next was “Killin’ Time,” which we made a video for. I remember the conversation at the time was, “These videos help put a name with a face.” As a fan, it was just more of what we loved. We wanted to see these people performing these songs, even if they’re just acting or walking into a bar or whatever, that’s the artist we want to see. I have to imagine it was the same with us putting out videos.

Your fans really connected with those videos.

Yeah, as much as we love TV shows, I’m still a junkie for watching performances online. I want to see live music, and I’ll watch them on Netflix, Austin City Limits or wherever. We want to see the music being played.

You and Hayden Nicholas wrote so many songs together. What is it like to share that songwriting success with a collaborator, or finding someone you click with creatively?

When we first met I was trying to figure out how I could make demos. I couldn’t afford to book a studio, musicians and all of that. When I met Hayden, he was filling in for a guitar player in a band I hired for. I could see he was really talented and we talked afterwards. He asked me “What are you doing?” and I said, “I’ve been trying to get some demos made of songs I’d written.”

And he said, “I’ve got an eight track studio and I’ll do a deal with you.” It was really affordable. He had his buddy came over to program the drum machine parts, and then Hayden played the bass and I played the acoustic guitar. Hayden put on electric parts, I sang and then Hayden and I would do the background vocal parts together. Suddenly, for about $150, I’m getting demos made.

The first demo was “Nobody’s Home,” which I took as I looked for a manager. When I found a big time manager, I thought, “I may be about to get my way, I better really start writing songs.” So I’m writing and trying to demo everything I can with Hayden. One night Hayden says, “I write” and I said, “Really?” and he said, “Yeah.”

He goes, “I had this musical idea,” and starts playing this Western swing idea. The night before I had written the lyrics for the chorus of “Straight From The Factory,” the first song on the album, and I said, “Play that again.” When he did, I sang those lyrics to his musical idea, and we were off to the races.

Then of course we wrote “A Better Man.” I’d already had “Nothing’s News,” “Nobody’s Home” and a few other songs on that album that we were demoing. As we saw the break coming, I said, “We need to write as much as we can.”

By the time we got to the second album, I had about three albums worth of songs written, either by myself or with him. We knew what we had and what we didn’t have. So when we’d sit down to write, it was a very short conversation about what styles to write, like “Let’s do something like this that we don’t have. We don’t have one that’s really a barn burner like this.”

Having that collaboration, sharing the success on the road, forecasting where we’re going to be and doing that with the lead guitar player in my band, I think it’s hard to really see how it would have gone otherwise. There was such a great benefit to that. Then also to become like brothers on the road. After 30 years he’s still in the band and we’re still writing together. It’s really like growing up together.

Let’s talk about the new single, “This Old House.” Now I know the song was supposed to be on Killin’ Time, but it didn’t make the cut. Why did you release it now, 30 years later?

I was digging around looking at songs. I was also working on a new album, which will be out this year. We were coming up on this milestone, this 30-year mark. We were talking about ways to commemorate it and thinking about a live album. I started digging around all the songs I had and got into a notebook where “No One Here For Me” and “This Old House” were, and I asked my manager, “How would it be to have a live album with two studio tracks on there?”

He saw nothing wrong with that. I kind of did, but I decided I was going to get people around me’s reaction, people I trust. Everyone thought, “Because of where those songs came from, it’s not weird to have those on a live record, because it’s really a commemorative CD.” So I decided I would record those, and they evolved and took on a life of their own and became better than I thought they would be. Of course, what happened with “This Old House” was completely unexpected and inspired.

There are so many great guests on the song and in the video, how did you decide who to include?

I made out a list and I figured I’m not going to get everyone on it, so I made a bigger list than you need. Then everyone started accepting my invitation and I had to say to myself, “Whoa, don’t send out any more requests because I think I’m going to have too many people, if I’m not careful.” I got scared, but I cut off the requests at just the right time.

I ended up with just the right amount of people so that everyone got the same amount of song to sing and it wasn’t chopped up too much. That’s what I was worried about, “Now I’m going to be really chopping it up. It’ll be too many voices coming in too quick a succession.” I kind of lucked into all of this. I can’t overstate just how lucky all these accidents were.

The new album Still Killin’ Time has eight performances on it. What songs do you still love performing live?

Those songs that are on the album. I really don’t do anything I don’t love performing. I’m lucky enough to have enough hits where I can leave anything out that I’m not feeling. I’ll go through periods where I’ll pull something out and put something else in its place. That’s more about the audience, giving them or the band something fresh and new. For me, every night is a chance to rise to the occasion and do my best job of not just performing a song, but feeling it, and I don’t really have anything I don’t love performing.

I know the tour is still going on. Any other big plans this year?

A completely new studio album with songs I wrote with Hayden, songs I wrote with Steve Wariner and some I wrote by myself. I think I’ve gotten better at making albums, so I’m anticipating that this will be one of my best. It’s just about finished and I think it’ll be out around April. We’ll start touring in March.

It’ll be a fun new time. It’ll be a big change for us. My drummer of 30 years has come off the road. He’s probably not going to travel and play anymore. So for the first time in 30 years we will set out on tour with a new man behind the drums, and we’re not sure who that is yet. So that’ll leave me, Hayden and Jake, our bass player. We’ve been together since 1987. It’s the end of an era, and the beginning of something hopefully exciting as we adapt to someone new in the band.