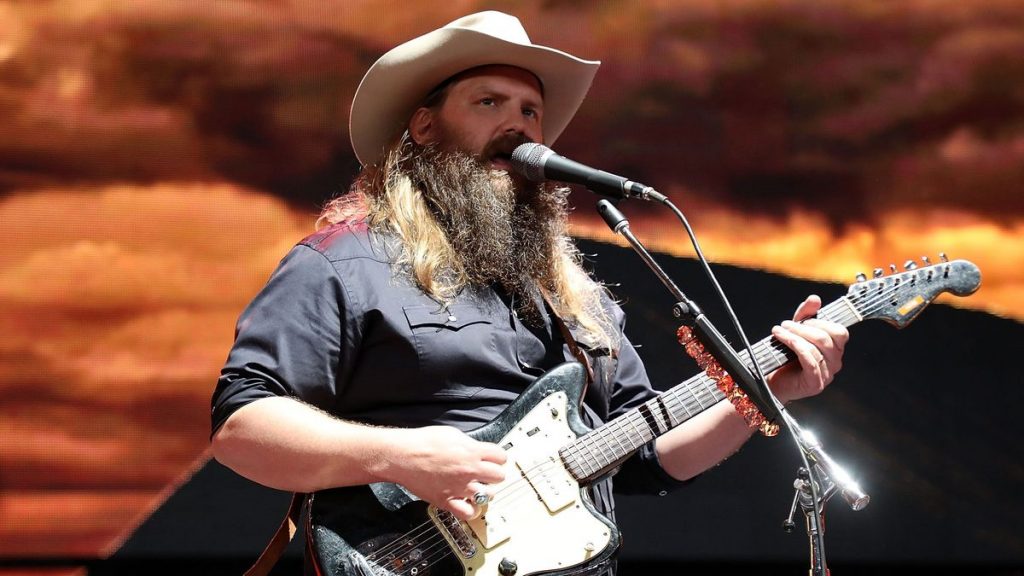 Adele popped in for Vogue’s popular “73 Questions” this week and namedropped one of country music’s biggest – and currently quietest stars: Chris Stapleton.

Adele, who recently released her new song “Easy on Me,” revealed during the Q&A that pop songs are “all about the hooks,” London is her favorite city to play and there’s no cure for stage freight. She also shared her best piece of advice: “Keep your heart safe and your music dangerous.”
https://www.instagram.com/p/CVS_2-Bph1W/
And she told fans that a wad of Celine Dion’s chewed gum is her most prized possession.

If she had stopped at the typical 73 questions instead of pushing to 95, we wouldn’t have learned that Stapleton is her dream duet! For emphasis, she added, “whoa,” when she said his name. The question came near the end of the interview.

Unfortunately for Adele and Stapleton’s other fans, he isn’t singing with anyone at the moment. Laryngitis forced Stapleton to cancel several weekend shows.

He did, however, recently record with one diva – Kelly Clarkson. Stapleton joins Clarkson to sing “Glow” on her new holiday album “Christmas Comes Around.”