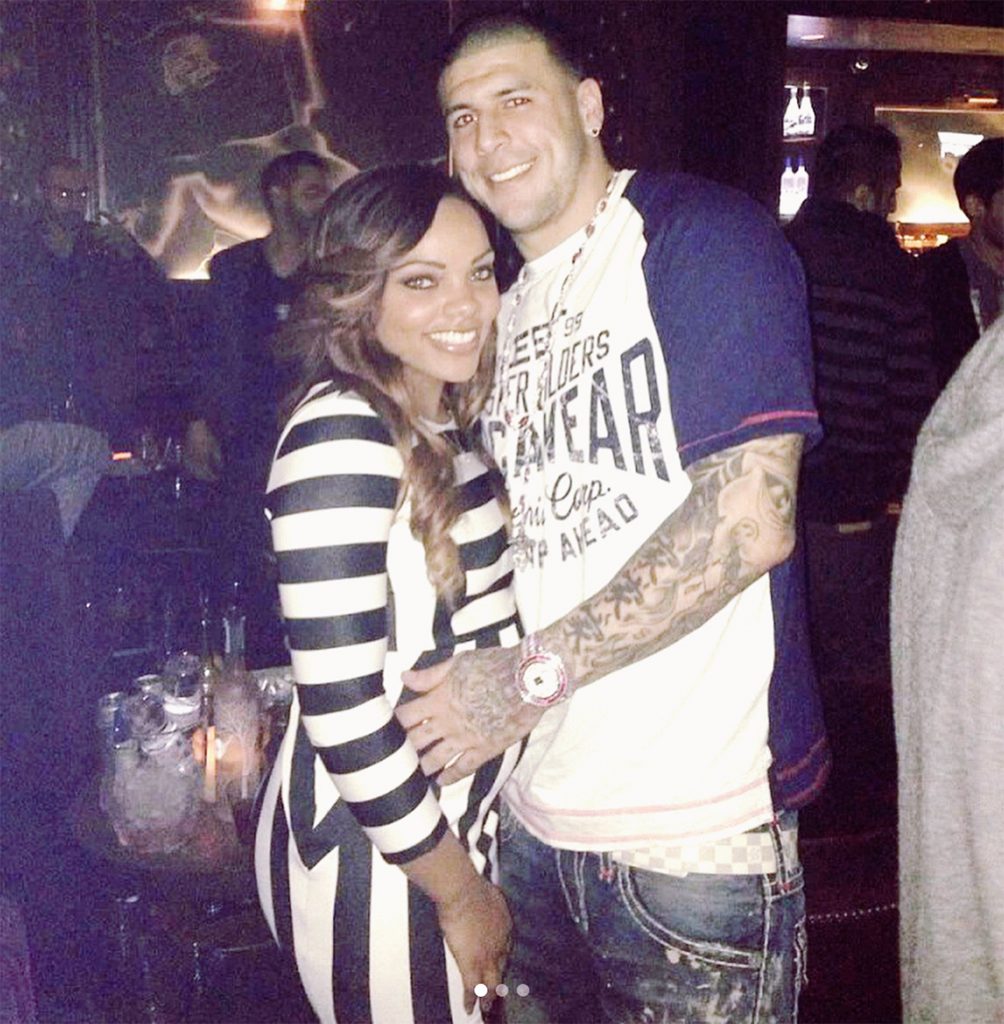 
Aaron Hernandez‘s former fiancée Shayanna Jenkins-Hernandez is speaking out after the release of the documentary Killer Inside: The Mind of Aaron Hernandez earlier this week.

On Thursday, Jenkins-Hernandez, 30, appeared to address the new Netflix three-part documentary in a message on Instagram. The documentary chronicles Hernandez’s life, leading up to his arrest and suicide in prison in 2017.

“I wanted to let all of you sweet sweet souls know I have tried to read every message sent on IG and through email (positive and negative),” she wrote. “The amount of support and positive energy is again unreal! I’m sure you will all understand how imperative it is to take some time away from social media.”

The mother of two captioned the post with the hashtag “#stayhumble.”

One day earlier, on the date of the documentary’s release, Jenkins-Hernandez had shared an inspirational quote on Instagram.

RELATED: Man Says He Was Aaron Hernandez’s Lover When They Were in School: ‘We Had to Hide’

Hernandez and Jenkins-Hernandez were together for several years before his legal troubles. Hernandez, a former tight end for the New England Patriots, was arrested in 2013 for the murder of Odin Lloyd, a man dating Jenkins-Hernandez’s sister. As he awaited trial, he was charged with the fatal drive-by shootings of Daniel Jorge Correia de Abreu and Safiro Teixeira Furtado.

He was convicted of Lloyd’s murder and sentenced to life in prison; he was acquitted of the double homicide in April 2017 and days later was found dead in his prison cell after hanging himself with a bedsheet. He was 27.

The former football player is the father of Jenkins-Hernandez’s eldest daughter, Avielle, whom they welcomed in 2012. In November of that year, the two also became engaged, although they never married.

Want to keep up with the latest crime coverage? Sign up for PEOPLE’s free True Crime newsletter for breaking crime news, ongoing trial coverage and details of intriguing unsolved cases.

The Netflix documentary, which was released on Wednesday, provides new alleged details about Hernandez’s life, and also deals with the fallout from the former football player’s actions.

In a 2018 interview, Hernandez’s older brother told PEOPLE that the athlete suffered physical, emotional and sexual abuse before devolving into a life of violence.

“He had a lot of things happen, both good and bad,” Jonathan Hernandez told PEOPLE. “People think they know about my brother, but they really don’t. They know what they saw in the news, but they don’t know all the struggles he faced.”

Killer Inside: The Mind of Aaron Hernandez is now streaming on Netflix.

If you or someone you know is considering suicide, please contact the National Suicide Prevention Lifeline at 1-800-273-TALK (8255), text “STRENGTH” to the Crisis Text Line at 741-741 or go to suicidepreventionlifeline.org.