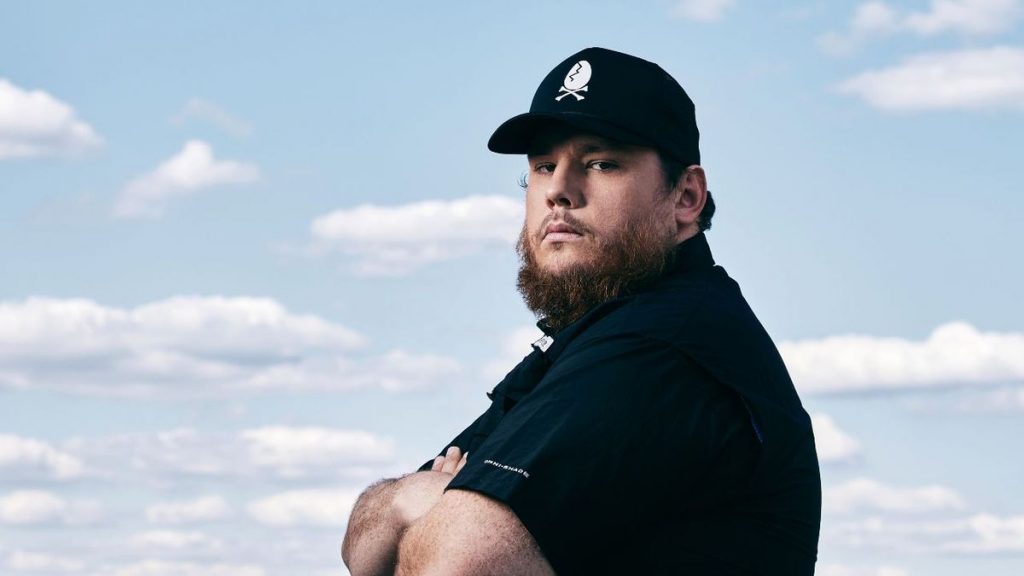 Standing six feet apart, as well as a lack of live touring, didn’t stop North Carolina native Luke Combs from continuing his incredible run of number-one singles in the past twelve months. He followed up his 2019-released album What You See Is What You Get with the deluxe album What You See Ain’t Always What You Get in October 2020, including a COVID-era ballad appropriately entitled, “Six Feet Apart.” Combs’ past twelve months — as highlighted by number-one singles, a deluxe album release, and growing acclaim — was truly impressive. More than anything, it showcased him as an artist whose ability to release precisely the song country music at large wants to hear, exactly when they want to listen to it.

Even deeper, now that country music’s ever-aggressive touring schedule has returned, Combs’ acclaim can continue to be more directly defined, nationwide, in the most awe-inspiring of manners. In a September 18 article from Grand Forks, ND’s Herald newspaper, it’s noted that a recent Combs concert at the city’s Alerus Center reached a sold-out attendance of around 22,000 people. This number surpassed the venue’s record of roughly 19,500 people who came to see George Strait in 2013, 19,200 people who saw Cher in 2002, and nearly 17,000 people who saw Metallica in 2018. If wanting evidence of Combs as an artist reigning over country music, asking King George to move over — in not just Grand Forks, North Dakota — is a sign.

In the cases of “Better Together” and “Forever After All,” the songs celebrated his marriage to longtime partner Nicole Hocking on August 1, 2020. While at the peak-to-date of his popularity, at a time wherein fans’ engagement with their favorite country artists is surging, Combs was in the midst of a beautiful time in a storybook love affair. Fans sharing in their favorite artist’s joy by supporting two well-crafted love ballads was a perfect — yes, wedding — of time, space, and place.

As for “Cold As You,” though Combs previewed the song via social media in October 2020, he made his first live performance of the track at the 2021 CMT Music Awards. Regarding the performance, CMT.com noted, “Luke Combs turned the CMT Music Awards into a party-ready ’barroom’ Wednesday evening (June 9) from Nashville’s Assembly Hall with his rendition of ’Cold As You,’ a track from his 2020 deluxe album What You See Ain’t Always What You Get. The burly-voiced singer-songwriter poured both frustration and freedom into his uptempo performance, as the song’s protagonist compares elements of a time-honored honky-tonk to how an ex-lover has done him wrong.”

Moreover, Combs also extended his star power to other country artists in the past year. Combs collaborated with Jameson Rodgers for “Cold Beer Calling My Name” in December 2020. “I asked Luke if he’d like to sing on it – I know he’s a cold beer drinker like myself – and luckily it worked out and I’m excited for everybody to hear it,” Rodgers stated via a press release. The pairing led to Rodgers achieving his second top-five Hot Country Chart Billboard hit, following “Soem Girls” in 2019.

As well, Combs proved himself to be a mindful superstar as the public’s eye turned to country music in terms of representational equity being achieved by Black artists, creatives, and executives in the genre. In a joint interview with Maren Morris at February 2021’s Country Radio Seminar conference, Combs apologized for his previous associations with Confederate imagery.

“As I’ve grown in my time as an artist, and as the world has changed drastically in the last five to seven years, I am now aware how painful that image can be to someone else. At the time that those images existed, I wasn’t aware what that was portraying to the world and to African-American artists in Nashville that were saying, ‘Man, I really want to come in and get a deal and do this thing, but how can I be around with these images being promoted?’ And I apologize for being associated with that.”

Related, at CMT’s August 2021 “GIANTS: Charley Pride” event, he performed the groundbreaking icon’s most signature hit, “Kiss An Angel Good Morning,” alongside two significant Black artists: vaunted slide guitarist Robert Randolph, plus 2021 CMT Next Women of Country class member Reyna Roberts. “Discovering Charley Pride unlocks the magic of why the great country songs last forever. Nobody could sing a song like Charley or hold an audience in the palm of his hand the way he could. Now and forever he’s an inspiration to me as an entertainer,” Combs said before performing.

Combs’ “Artist of the Year”-level success is likely to continue. “Excited to let y’all know ’Cold As You’ will be my next song on the radio, then it’s time for NEW MUSIC,” the “Forever After All” vocalist noted via Instagram in July 2021. With all of Combs’ first 11 releases to radio in his six-year mainstream country career having reached number one on Billboard’s Country Airplay charts, plus he’s achieved the equivalent of over 20 million singles sold. The country kingpin on the rise shows no signs of slowing down.