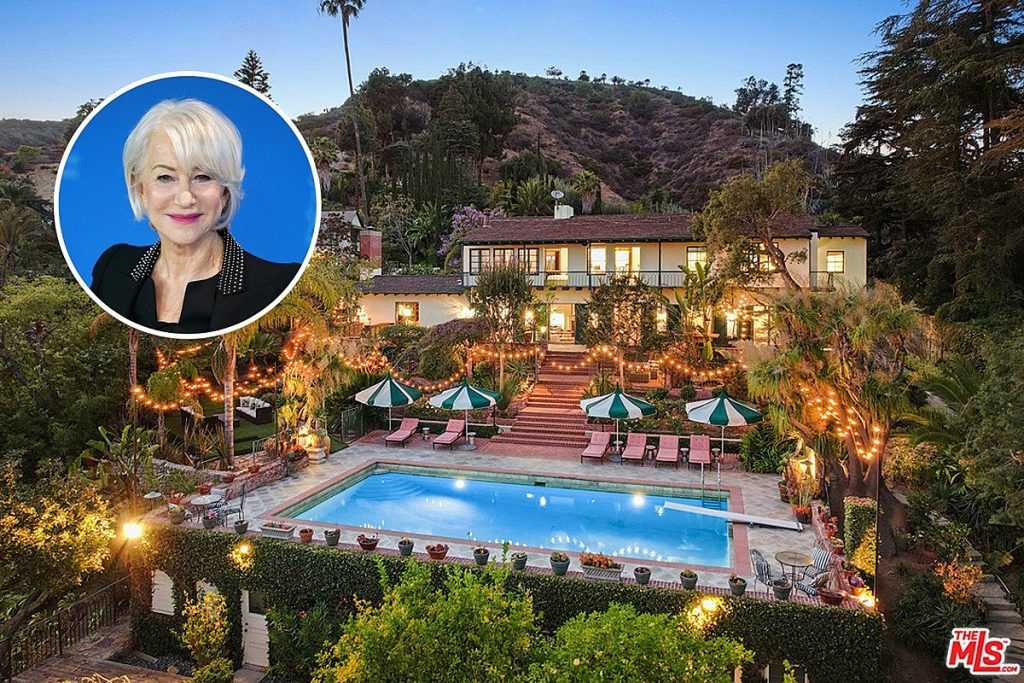 
1923 star Helen Mirren has listed her lavish Hollywood estate for sale or rent, and pictures show a residence that’s a piece of history from the golden age of motion pictures.

Mirren plays Cara Dutton on the Yellowstone prequel opposite Harrison Ford, who plays Dutton patriarch Jacob Dutton. The Oscar-winning performer and her real-life husband, Oscar-winning director Taylor Hackford, have listed their California estate at $16.995 million, according to celebrity real estate Dirt.com, but they’re also willing to rent the place out for $39,995 per month with a two-year minimum lease.

The power couple’s 8-bedroom, 11-bathroom, 10,200-square-foot mansion was originally built in 1911, and it’s been home to a series of Hollywood power brokers, beginning with silent film star Dustin Farnum. Writer/producer Mark Hellinger then owned the compound, followed by Perry Mason executive producer Gail Patrick. Mirren and Hackford are only the fourth owners of the historic property, which sits on 6.5 acres at the end of a long driveway behind private gates.

The main residence is an eclectic mix of vintage, modern and formal, with a large pool and a wide terrace that serves as a great focal point for lounging, dining and entertaining. There’s also a guest house and a separate five-car garage with an office/apartment above it.

Stephen Apelian with Coldwell Banker holds the listing on the property.

“This property exudes Old Hollywood, and the fact that it has had only four owners since it was built and they’re all influential Hollywood figures reinforces that,” Apelian tells Mansion Global, adding that Hackford and Mirren are listing the property “because they are spending more and more time outside the state.”

According to Dirt.com, the couple’s other properties include a four-story townhouse in London, a restored 16th-century farmhouse in Italy, a French Quarter bungalow in New Orleans and a lake-view home in the mountains of Lake Tahoe in Nevada.

Click through the pictures below to see inside Helen Mirren and Taylor Hackford’s historic Hollywood estate.

1923 star Helen Mirren has listed her lavish Hollywood estate for sale or rent, and pictures show a one-of-a-kind property that’s a slice of motion picture history.