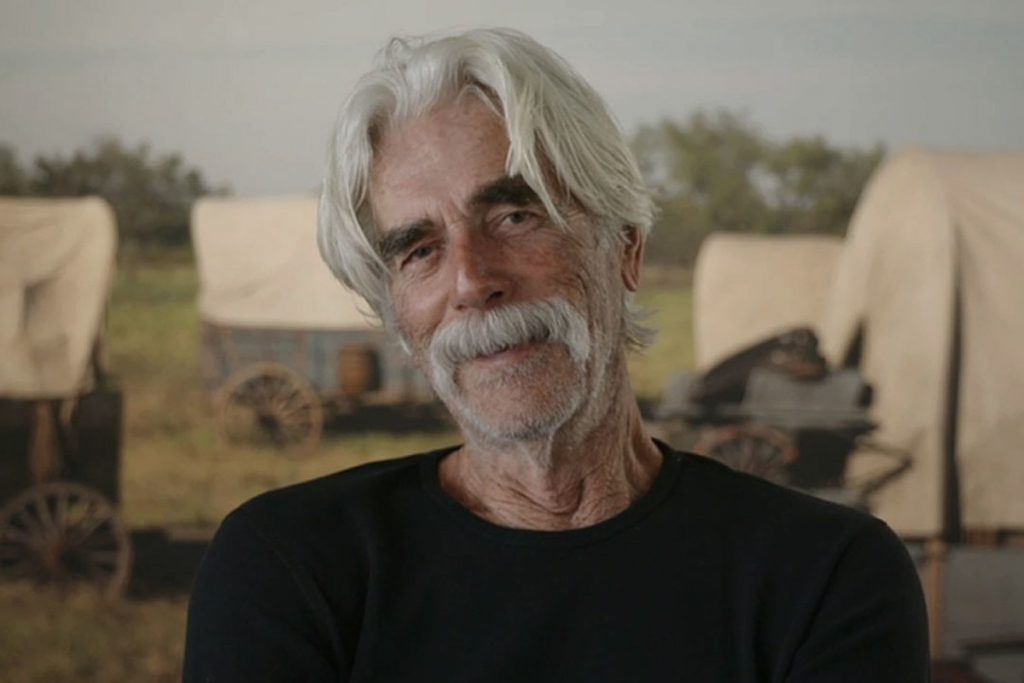 
Sam Elliott has nothing but praise for 1883 creator Taylor Sheridan, but the writer-director wasn’t always so sure their relationship would turn out that well. In an interview to promote the Yellowstone prequel, Elliott revealed that when they first met, Sheridan told the iconic actor that he’d hate him by the time the season was finished shooting.

1883 tells the origin story of the Dutton family from Yellowstone, and Elliott played the part of Shea Dutton, a Pinkerton agent who travels with James and Margaret Dutton (Tim McGraw and Faith Hill) and their family as they undertake an almost impossible journey West by wagon train in search of a new life.

Speaking to a roundtable of journalists in advance of the 1883 premiere in December of 2021, Elliott admitted that the brutal schedule of shooting the authentic period piece while traveling with a wagon train along the real-life path of the Oregon Trail was incredibly arduous, but he added that he and Sheridan shared a common understanding of the material and the history of the American West.

Sheridan created and wrote 1883, as well as directing the opening episodes, and as Elliott admitted, “He’s a taskmaster.”

“He told me in the beginning when we first started this thing and he was trying to convince me to do it, he says, ‘You’re gonna hate me at the end of this f–kin’ thing,'” Elliott shared with a laugh, adding, “We’re approaching the end and I don’t hate him, so we’ll see what happens.”

The 1883 finale that aired on Sunday (Feb. 27) saw most of the immigrants die in an attack on what was left of the wagon train after deciding to go their own way. Of all those who set out together at the beginning of the show, only Shea, Thomas (LaMonica Garrett), Noemi (Gratiela Brancusi), her children and Josef (Marc Rissmann) actually made it to Oregon and survived in the end.

Those characters actually got what passes for a happy ending on a show as dark as 1883, while the series’ narrator and main character, Elsa Dutton (Isabel May) died in her father’s arms after taking a poisoned arrow through the liver. James had vowed to settle where she died, which explains why the Duttons settled in Montana instead of continuing to Oregon.

Elliott’s character of Shea Brennan wrapped up in a way that had been foreshadowed since the opening scenes of 1883. He reached the ocean at the end of Episode 10, and as he sat on the beach and stared out at the waves, he murmured to his dead wife, “Just look at that, Helen. Isn’t it beautiful?” And with that, the camera pulled away as a gunshot rang out and Shea fulfilled what he intended to do all along, ending his life on his own terms after honoring every promise he made at the beginning of the journey.

Stay tuned to Taste of Country as we provide ongoing coverage of both Yellowstone and 1883, including episode analysis, news on the shows, cast interviews and more. As part of our comprehensive coverage, check out the Dutton Rules podcast on Apple Podcasts and Spotify.

Subscribe to the Paramount+ streaming service to make sure you don’t miss out on future episodes of 1883.

A historic estate in rural Tennessee that previously belonged to Tim McGraw and Faith Hill is on the market again. Online listing are asking $9,995,000 for the Samual S. Morton house, which dates back to 1850, as well as the surrounding 135 acres of land.

The 3-bedroom, 3.5-bathroom, 3,298-square-foot main residence has been fully updated, featuring hardwood floors, multiple fireplaces, a long screened-in porch on the back of the house, two sweeping staircases and a kitchen with a farm sink. The listing also boasts a long stretch of frontage on Murfree’s Fork Creek, a spring-fed, 4.3-acre stocked pond and a historic 13-stall barn.