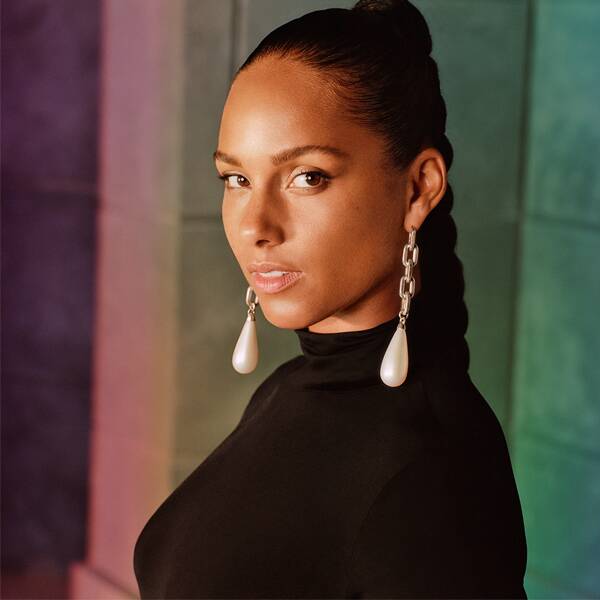 “We love each other. I mean, we hang out with each other. We go to dinner together,” Keys, who sang about their dynamic on her 2016 song “Blended (What You Do for Love),” said on Good Morning America in October 2018 in an appearance with her husband and Mashonda, who wrote a book about their experience called Blend, with a chapter from Swizz and foreword by Keys. “We’re doing Thanksgiving, we’re doing the holidays. It is a beautiful partnership. And that is really, really special. I’m very, very proud of that. It’s a real thing and it’s possible.”

Kasseem acting out was a sign that they all needed to “do better” as co-parents, Mashonda explained.

“See us here now, loving each other, co-existing and getting along, but there’s a whole middle that they didn’t see,” she said. “And that’s where we all put the work in on ourselves individually. We worked on our relationship. We healed. We healed our children. We gave them an opportunity to see us growing. And that’s the real blend. That healing is the first step to blending.”

Inviting Keys to her son’s 6th birthday party was a turning point for her.

“We had already been doing a lot of the work as far as communicating and really consciously trying to get to a new level of humanity with each other,” Mashonda said. “So by the time that was transpiring, we were in a really great place. And I felt like, you know…I want Alicia to be here. And not only did she come, but she stayed until the end of the party, and that moment was our first time really hanging out together as a family. And our son saw that and his eyes —you could just see, because for the first time he was like, ‘Wow, they’re all together.”https://www.eonline.com/”

“When families don’t blend, and there’s a child involved, you know, as men, we always look for the way out. Oh, well, you know, she’s not letting me see the kid… I won’t see ’em then,”https://www.eonline.com/” Swizz also said on GMA. “We just take our personal experiences with the mom and use that as an excuse not to see our child. And I think that that’s the wrong way for the fellas to think. “But when you actually put the work in and put the time in to blend, the child wins. And you as a father win. And the mom and the bonus mom win as well. So everybody wins.”

Swizz’s eldest child, a model who now goes by Nasir Dean (and Marcato), wished Keys an enthusiastic happy birthday in January 2019, writing, “I loveeeeeeee you umiiiiiiii , you tha realest of the real . U lit forever.” Keys has said all of her stepkids call her “Umi,” Arabic for mother.